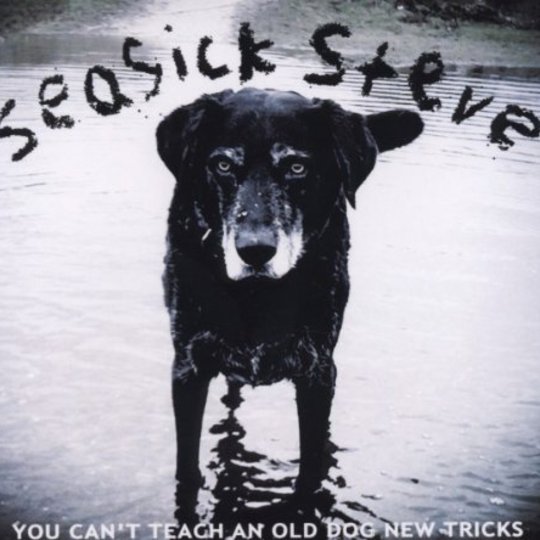 Ooh, hasn’t he got an interesting back story, that Seasick Steve? He used to be a hobo, you know? And he plays a guitar that’s only got three strings! Did you see him on Jools Holland??

It’s the same stuff that gets raked up every time Steven Wold makes a new album. And it’s fair to say, five years after he broke through with Dog House Music and that Hootenanny performance, the novelty of Seasick’s slapdash CV has pretty much worn off - it’s time for his music to justify itself.

Initially, it’s hard to imagine the justification for another album of dusty blues boogieing. The title of this record, You Can’t Teach And Old Dog New Tricks, cautions against expecting anything radically new from the former busker. And let’s face it, the idea of a musician who only found commercial success when he was in his Sixties making a more mature or grown-up album is ludicrous anyway. Or is it? By the first few bars of track one, all bets are off. ‘Treasures’ is composed from hushed pairs of minor chords and an uncharacteristically downbeat baritone vocal. It’s almost (almost) gloomy enough to make you think you’ve picked up the new Bill Callaghan album by mistake. What happened to the hollering, stomping, old time rambler of albums past?

Seasick shows his softer side again when he pitter-patters through ‘Have Mercy On The Lonely’, which is stripped of the usual bespoke percussion and rumbling distortion. It gives Seasick the chance to remind his audience that the sound of an old man and an acoustic guitar can be just as exciting, moving and inspiring as any rock band, pop group or orchestra. The devilish guitar-playing – which is simultaneously as soft as straw and fierce as fire – shows off Seasick’s musicianship as his real selling point. He slips on a slide to tease out tunes, all the while weaving in percussive slaps and tight strums of the core root chords, like Jack White, Jimi Hendrix and Satan himself all rolled into one.

As you’d expect though, there’s no lack of the ‘classic’ Seasick sound on You Can’t Teach And Old Dog New Tricks. The title track creates suspense around its refrain, which itself sneaks up on you like a kick in the crotch. The scorching slide riff comes in to melt your ears right off, or trick you into hopping on a freight train in the middle of the desert to go and sell your soul to the devil. ‘Days Gone’ is just as filthy and whisky-soaked, pausing occasionally to take deep, smoky breaths, before bursting out of the speakers to tear your soul in two, with Seasick wailing like man possessed. With occasional help from John Paul Jones on bass, Seasick Steve rocks ten times harder than the likes of the Foo Fighters have in years. Naturally, there is an air of familiarity blowing throughout You Can’t Teach And Old Dog New Tricks, but that’s always been the case with Seasick Steve, and it’s one of the reasons he’s been so successful. He’s a blues man, through and through, exploring in his own way a genre that predates popular culture itself. Very occasionally, familiarity becomes cliché, as on ‘Burnin’ Up’, which is practically blues by numbers (incidentally, it also sounds remarkably like ‘Gimme Some Money’ by The Thamesmen, who went on to form Spinal Tap, and that’s probably all you need to know about it).

More often than not though, Seasick Steve is just as fun, lively and instantly likeable as ever. Who cares if you can’t teach an old dog new tricks, because here’s another dumb truism: the old ones are the best.