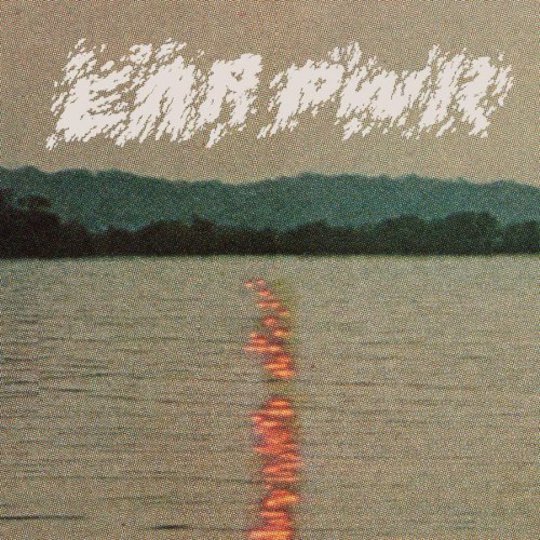 It would be a stretch to call ‘electronic pop music’ a genre, in its current, splintered form. But you could at least declare it an umbrella, and accepting this, it is surely one of the more significant umbrellas of the last few decades. Luring under its canopy the most forward thinking and critically fawned upon rock bands of the era, it has grown exponentially in stature, and developed a voice as marketable as it is artistically versatile. At some point, electronic sounds became de rigueur for everything from crowded societal isolation (Burial), to the clockwork euphoria of boozy weekend ritual; from niggling Orwellian dread (Kid A), to perennial social terrorists borne the school of notorious pixellated spivbot ‘the Crazy Frog’.

Falling squarely amid all the above is Ear Pwr, a record so far removed from the North Carolinians’ debut, Super Animal Brothers III, you might reasonably label it their ‘mature second album’. Not in the pejorative sense, mind - simply to infer it does not frequently arouse visions of the Yo Gabba Gabba! cast scrambling into a scene from Battle Royale and, amidst a unanimous chorus of machine gun fire and ewok screech being roundly decimated.

In fact, it wouldn’t be far off the mark to regard Ear Pwr as something of a reaction to the debut’s largely lukewarm reception. ‘Mountain Home’, a startlingly anthemic opener, is riddled with tribal drums and chants, matched by psychedelic synth-whirl. Sarah Reynolds’ now-customary fey but charmingly unfussy vocal is underpinned by a lingering analog throb, which doesn’t so much make itself at home in the lower ranges of the frequency spectrum as pick its nose, thumb through the day’s paper and eat teacakes off their good plates. The real giveaway is the chorus’ four-line mantra, which can only be a grunt of disdain at hipsters: Devin and Sarah divulged to a recent interviewer they left Baltimore because 'it lumped us in with a group that we didn’t belong to' (“We’re not like them / We can’t pretend”) and a popular criticism of the debut was its predilection for seemingly whimsical detours down the aisle of sparkly sweaters and manatees (“You think we’re dumb / Maybe we’re just happy”). But all this self-justification only makes it more baffling they’ve come up with a record that veritably sheds the singular hyperactive recoil of Super Animal Brothers III and winds up sounding markedly more Merriweather Post Pavilion than Bearsuit Post Copulation.

Arguably the most shocking amongst Ear Pwr’s feature-length diorama of shocks is that, in spite of all the above, nothing feels preposterously incongruous. It’s a surprising change of course, sure, but never less than genuine. ‘National Parks’ is, naturally, a paean to national parks - “Chase a wild deer... Make a child smile” - a luscious landscape through which dual synth lines skip joyously, hand in hand, beneath a chorus that screams “National Paaaaarks!”, as if released from captivity and promptly let loose in one. Elsewhere, the focus has shifted from schizoid woolgathering onto the kind of propulsive rhythms you might conceivably (gasp) dance to with your god-given human limbs. Undecided as to whether it’s foot-jitteringly intense electronica or delicate honeymoon love-step, ‘Melt’ eventually settles on a smooth, eminently winsome combination of the two (though a double chorus a third of the way in does few favours momentum-wise), while ‘Your Life is Important’ is the runaway high-water mark, to be filed somewhere between a lost Frengers-era Mew ballad, and the redemptive seventieth love song Stephen Merritt eschewed for a droll album title.

Whether they can, or indeed want to find a middle ground between this and its forerunner will be interesting to observe. On its own terms, Ear Pwr is a record that, while occasionally poorly structured and a little draggy, offers a rapturous sundown forestfull of perfectly nice pop nuggets, and perhaps the most unexpectedly ‘normal’ album of the year; a breakneck jolt and a right-turn for the conventional. Er, take that, haters!