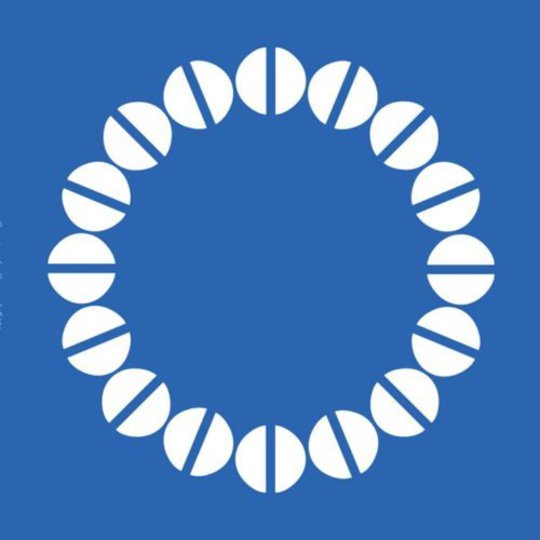 As has been written in various guises many times, in many articles, by many writers: foresight is the hardest thing to come by and hindsight the easiest. Thus something is owed to our very own Andrzej Lukowski when he cherrypicked Mountains*’ Etchings and Choral as his ten and eleven respectively of that year's Lost 9 of 09 feature series. And very little is owed to me for telling everyone about it now.

And as loath as I am to start a record review by paying homage to previous works, or indeed to another writer’s foresight, it does seem like the best place to start with Air Museum is by looking at what preceded it. In 2009, the then little known Brendon Anderegg and Koen Holtkamp released Choral, a record which, despite startlingly becoming one of the best-selling releases on Thrill Jockey that year, remains something of an undiscovered gem. Where contemporaries including Emeralds, Oneohtrix Point Never and Fennesz have seen their respective stars rise and rise, the smooth, lush textures of the Brooklynite duo’s shifting, warming re-edit of klassiche kosmische musik has not been greeted with the fanfare it fully deserves.

Because, Choral was - gasp - better than What Happened; shudder - more consistent than Rifts; and - exclamation - more innovative than Black Sea. (Ok, that last one was released in 2008, but the point remains valid).

So, listening to Air Museum, it’s hard not to compare it; firstly to its predecessors, and secondly to the work of Mountains’ contemporaries since 2009. As Emeralds have released by some accounts the best album of 2010, Oneohtrix Point Never has released by other accounts the best album of 2010 and a whole series of hangers-on and dilettantes have jumped onto the neu-kosmische bandwagon (no I’m not coining that phrase); it’s intriguing to think about what Mountains have done since 2009.

The answer is all at once, not a lot and an awful lot. Opener ‘January 17’ feels like a track from Choral as it hums into life. There’s that same harpsichord like meshing of tones and textures, but at the same time something is very different and noticeably so. It takes a few minutes to exactly discern what this something is, but when hit upon, it’s impossible to remove from the mind or the eardrum: Mountains now sound like a fully fledged electronic act, despite the fact that this is their first record produced fully within a studio and exclusively with analog synthesisers. It’s a slight shock, given that one of the enduringly unique and beautiful things about Choral and Etchings was their ‘organic’ drifting dronalisms, which felt natural rather than processed.

And it’s sad to say, but certainly something has been lost in the transition. There are plenty of bands who sound like Emeralds, there are precious few who sounded like Mountains. Yet it is not to be denied that Air Museum remains a captivating and beautiful listen; Mountains still remind the listener that they’re a little bit more soulful and clever than their contemporaries. Whilst the krautrock 2.0 of tracks like the juddering and playful ‘Sequel’ remind (favourably) of Does It Look Like I’m Here et al, the way that ‘Newsprint’ forms into a ball of seething musique concrete before just as quickly dissolving into eerie acoustic silence is a truly memorable moment.

‘Blue Lanterns over East Oxford’, perhaps the record’s best moment, winds down into twinkling, plucked strings before finally disappearing into silence. But the record’s most magical point is it’s most unexpected: ‘Live At The Triple Door’, the album finale, seems to bow out on warped electronic strings cawing back and forth, only for a lonesome and languid tacoma guitar to steal the moment right from underneath the listener’s ears. It’s disarming, almost paralysing, and it’s exactly why Mountains remain a unique prospect in a field now overly saturated with imitators and sadly, impostors.

It would be entirely unfair to call this record a failure, but certainly it cannot be counted alongside what came before it. It does have the feeling of a slight halfway house for Mountains: there’s a playfulness and diversity that went undisplayed previously which suggests that the duo are thinking about where to go next: the only unfortunate thing is that this album doesn’t offer any conclusive answer to that question. Thus, whilst Air Museum might not be able to live up to the quietly unannounced unified magnificence of Choral, it still flickers and glimmers in all the right ways. And maybe, with hindsight, I’ll regret not making a little more of those flickers and glimmers in years to come when I read this back.