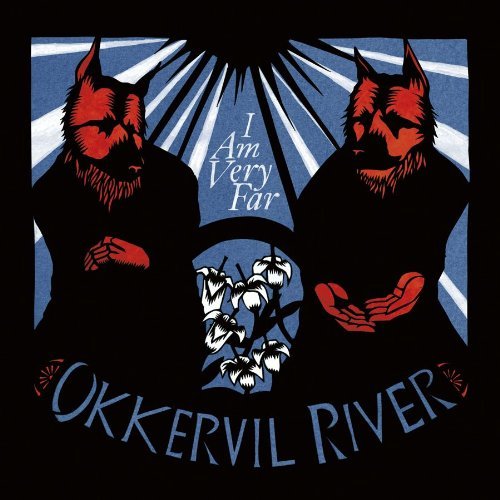 Okkervil River - I Am Very Far

Insightful literary extravagance and melodrama at a time when taking pride in ignorance and indifference seems to be the cultural norm.»

'i am very far' is a startling break from anything this band has done before. the band's will sheff emerges not only as a songwriter of the highest caliber, but a producer and arranger of singular vision. 'i am very far' is monolithic and darkly ambiguous. sheff contributed vocals to the new pornographers' album 'together', wrote a song for norah jones' 'the fall', and helmed the roky erickson record 'true love cast out all evil', for which his album notes received a grammy nomination. the writing process for 'i am very far' produced 30 or so songs, which he narrowed down to 18, recorded in a series of short, high-intensity sessions, each in a different location, each employing completely different methods than the one before it. for songs like 'rider' and 'wake and be fine', sheff gathered together a massive version of okkervil river - two drummers, two pianists, two bassists, and seven guitarists, all playing live in one room - and led them on a week of live-in-the-studio marathon sessions, performing a single song obsessively over and over for as many as 12 hours to capture just the right take. finishing the record from home, sheff constantly edited and reworked the album, reinventing the song structures, re-recording vocals, re-writing until the very last minute, reshaping even the tiniest of details, ultimately creating an album that plays not only as a lush, seamless epic, but also as the most deeply personal effort of his career.
description from www.roughtrade.com