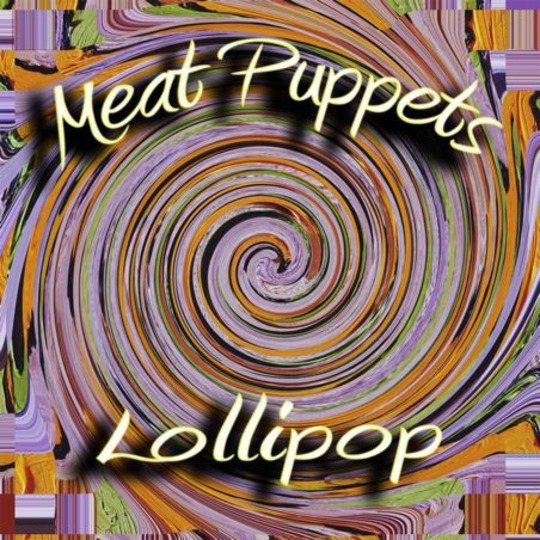 Punk rock is largely about context. It is also about confounding expectations and challenging convention, and for the greatest punk bands this applies as much to confronting and offending the values of their own audience as it does to railing against some abstract, paranoid notion of 'the man'. Thus, when Black Flag, disillusioned with the restrictions of the hardcore scene from which they had emerged, decided to grow their hair long and fill side two of their 1984 record My War with three painfully slow six-minute-plus sludge metal numbers, it was the most punk rock thing they could have done. ^The same year also saw both Hüsker Dü and Minutemen commit the supposedly heinous crime of releasing experimental double albums. These records were largely responsible for cementing said bands’ place in music legend and earned each one their own chapter in Michael Azerrad’s brilliant account of the American underground scene Our Band Could Be Your Life.

Equally deserving of their own chapter, but regrettably only a footnote in Azerrad’s publication, were the Meat Puppets, who in that same watershed year took the similarly rebellious regressive/progressive step of incorporating elements of the much maligned genre of (gasp) country music into their sound. It may have angered the spittle-launching punkers of the time, but in spite (or because) of this Meat Puppets II is an indisputable classic.

The ‘Puppets have had their fair share of ups and downs since then, from millionaire rockstar endorsements to messy personal tragedies, none of which need reiterating here. Lollipop is their third record since Curt Kirkwood reunited with his brother Chris. On the surface, at least, the punk elements have been almost completely superseded by Americana. Remnants of the punk aesthetic can be found in the faster paced ‘Vile’, with its disgruntled guitar and dismissive, disillusioned lyrics (though disillusioned with what isn’t entirely obvious). The sentiment, if not the velocity, bleeds into other tracks such as ‘Hour of the Idiot’.

Elsewhere we get jaunty acoustic ditties such as ‘Baby Don’t’, the trad-folk vibe of ‘Town’. ‘Orange’ is a more upbeat number with rock dynamics and a nice chunky bassline from Chris, and ‘Shave it’ is ska-soaked to the point of being a tiny bit embarrassing, to these ears at least. However, in the misquoted words of eighteenth century philosopher Voltaire, “I disapprove of cod-reggae, but I will defend to the death your right to play it.” And of course, everything is peppered with Curt’s delicate, soulful guitar work and the siblings’ signature harmonies.

The record is certainly lyrically rich; sometimes surreally so. “Which is larger,” Curt asks on the closing track, “the spider or the spaceship? Which is more powerful, the spider or the astronaut? It’s the question of the hour, if you know what I mean.” Well, not really, no. But I’m certainly intrigued. Yet the surrealism, often accompanies deeper, heartfelt sentiments such as on ‘Baby Don’t’ (“Nail your shadow to a tree/Anything is alright with me”).

There are also wry social observations, and a world-weariness combined with a lethargic shoulder-shrugging indifference or perhaps even contentment. The world’s bonkers but that’s just how it is, there’s really no point getting too worked up about it. After all, as Curt sings on ‘The Way That It Are’, “This dog food tastes alright.” Another endearingly defeatist and humble chorus confesses proudly “I don’t know a damn thing anyway.” This attitude is complemented by the vocals. Curt’s once high, frantic wail is now a mature, weathered baritone. Where he once sounded desperate and anxiety-ridden when delivering his thoughts on the world’s strangeness, he now sounds somewhat at ease with the absurdity of life and universal indifference.

As competent as Lollipop is, it’s unlikely the Meat Puppets will ever receive invitations from festival curators to play it from beginning to end as they have for their earlier classics, and the album concludes with the spoken voice of one member admitting matter-of-factly, “_I dunno… I can probably do it better.” Nevertheless, Lollipop is the sound of three relatively _cheerful old men continuing to ignore and deride contemporary fashions and faddisms, playing the music they like to play and having a ball doing it. And what could be more punk rock than that?