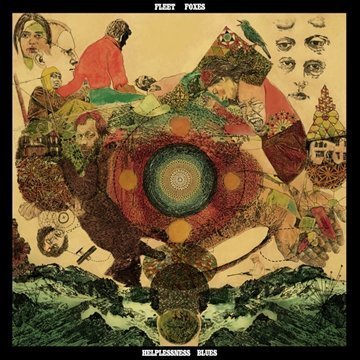 This record can stand confidently next to its predecessor.»

at last the second fleet foxes album. 'helplessness blues' was recorded over the course of a year at avast recording, bear creek studios, dreamland studios, and reciprocal recording. the album was mixed by phil ek and co-produced by fleet foxes and ek. the piece that appears on the cover was illustrated by seattle artist toby liebowitz and painted by chris alderson. fleet foxes is robin pecknold, skyler skjelset, christian wargo, casey wescott, josh tillman and morgan henderson.
description from www.roughtrade.com