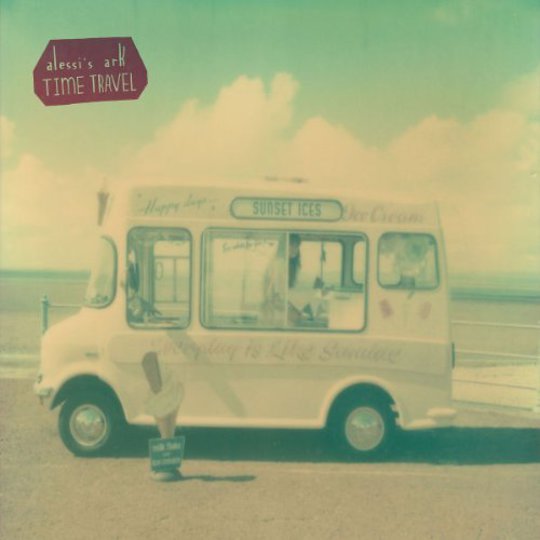 There’s a lot about Alessi’s Ark that should have guaranteed her more success than she achieved when she released her debut album, Notes From The Treehouse, in 2009. Support slots with Laura Marling, the queen of the indie-folk scene, will have done Alessi Laurent-Marke’s career some good. Radio airplay for her lullaby-pop single ‘Over The Hill’ will have helped too. Then there’s the album itself, crammed full of dreamy ballads and spooky laments, produced by none other than Mike Mogis from Bright Eyes. And that’s not to mention all the headline-grabbing quirks that us hacks love to fuss over – mainly, her proper weird voice and the fact that she’s even younger than Marling.

For some reason though, she never quite made the full 6Music-to-Radio 2 crossover that always seems like the natural progression for an artist with a track like ‘Over The Hill’. Even early support from that barometer of mainstream popular culture, The Daily Mail (seriously) wasn’t enough to save Laurent-Marke a place at the top of the charts. And then for whatever reason, she parted ways with the giant Virgin Records and moved over to the comparatively teeny Bella Union, who are now putting out Time Travel, her second full-length album.

What’s obvious from the first listen to Time Travel is that any commercial ambition Laurent-Marke once had has either been abandoned or unrealised. There isn’t a track that jumps out as the one that will redefine her career or sell her a shitload of albums. Partly, this is because there seems to be less character in the songs. The country influences are more prominent, from the weeping slide guitar solo on ‘Kind Of Man’ to the delicate strings of ‘Ruin’ that would sound most at home on the prairie. As a composer, Laurent-Marke is skilful enough to turn these songs, which could easily sound hackneyed and awkward, into works of unquestionable beauty. But she doesn’t make them her own.

She sounds more distinctive on ‘On The Plain’, which uses electric guitars to play lightly chugging summer chords. It performs a great trick of smiling on the outside, while Laurent-Marke’s hearbroken vocal style tells a different story. Unlike the more countrified cuts, it doesn’t sound as though it was designed to provoke a tear. But for the way it stands out, with the twee-eccentric personality of Alessi’s Ark written all over it, it’s all the more effective. The marginally rocked up ‘Must’ve Grown’ has the same juxtaposition of tongue-ever-so-slightly-in-cheek stadium-sized guitar solos and Laurent-Marke’s trademark scattering of minor chords.

Moments like this add colour to familiar country clichés and make Alessi’s Ark into a unique proposition to put to wider audiences. But while these sorts of examples were in abundance on Notes From The Treehouse, they are largely absent from Time Travel. The problem with this is that it prevents Laurent-Marke from really standing out from an ever-expanding whitewash of acoustic singer-songwriters. Time Travel seems unlikely to implant itself in the public’s collective consciousness in the way that Notes From The Treehouse should have done.

Then again, it doesn’t seem likely that Laurent-Marke set out to write an album that was going to have commercial appeal. The absence of ‘Over The Hill’ from her live sets offers a clue as to her real intentions as a musician and as a songwriter. Perhaps she doesn’t aspire to have her songs played on the radio (if she did, she probably wouldn’t have so many that are less than two minutes long). If that is the case, she’s made a solid album of pleasant, though slightly conventional, country pop songs, and done a good job of it. But after showing such early promise, it seems like a shame that more people won’t get to hear what Alessi Laurent-Marke is capable of.