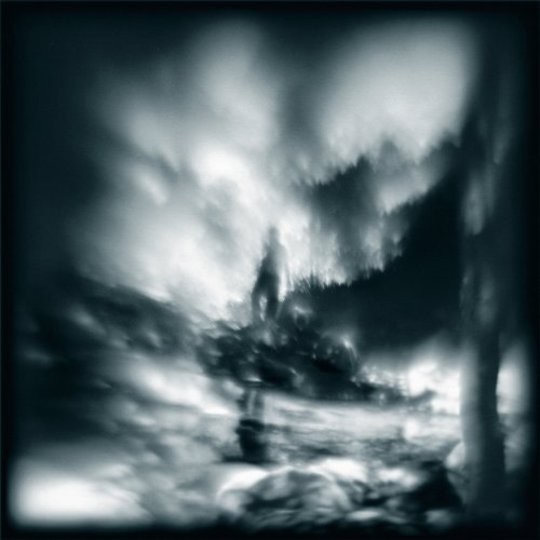 As the depths of winter closed in around a fading relationship in the December of 2005, I chanced upon a song like nothing I’d heard before. I remember being wordlessly stunned as I sat in a traffic jam while the snow and fumes of Newcastle swirled around me. The song was ‘Trains to Brazil’; the band were Guillemots. What sparked inside was a deep affection for this strange little outfit with an astonishing ability to blend and simmer disparate ingredients together until little explosions of joy and melancholy burst in your ears. I put Through the Windowpane on for the first time in ages the other day to get a feel for it. My views haven’t changed: it remains my favourite record of 2006.

The problem Guillemots have had since then is that they’ve attempted to rearrange their wonderful clutter, but seem to be struggling to improve on their early poise and positioning. Follow-up Red was equal parts glory and muddle as they attempted to immerse their romance and lovelorn chaos in joyful, star-spangled Eighties-style pop music. When it worked it was brilliant; when it didn’t it sounded overreached and confused. But even in failure, there was something laudable about the experiment; something to admire under the clouds of smoke, academic tuts and shaking heads. At least it was something different. The pre-eminent concern with Walk the River is that by and large, Guillemots have eschewed that slingshot ambition in choosing to pitch themselves somewhere in the middle of the road; never challenging any boundaries or fully satisfying their pop flirtations. And while they still sound gorgeous and can still prove heart-stopping when the inspiration takes them, Walk the River continually struggles against a tide of ill-considered quality control, suggesting a band at a crossroads of hesitancy and indecision.

And yet, it all starts so promisingly. The glacial title track and the rollercoaster dynamics of ‘Vermillion’ make for a tremendous opening pairing, while ‘I Don’t Feel Amazing Now’ is the sort of woozy dancehall majesty that they carry off so effortlessly. Unfortunately, this marks the point where having taken off and reached cruising altitude, Guillemots suddenly flick on the auto-pilot. ‘Ice Room’ somehow manages to take a thunderous opening riff and turn it into vapid, blustering cliché and melodrama, Fyfe Dangerfield yelping assorted platitudes that he sounds utterly unconvinced about. It sets the tone for a middle section of the record which is woefully flaccid and undercooked, wherein Guillemots persistently mistake overdubs, echo, handclaps and multi-tracking for genuine emotional articulation. The frail figure of ‘I Must Be A Lover’ manages to somehow survive being battered by almost every single emotive trick in the book without bleeding a drop of catharsis, while most baffling of all is the ridiculous nine minutes they spend leading a smattering of semi-decent ideas round and around the parade ring on ‘Sometimes I Remember Wrong’ with little or no resolution. By seven minutes in, you’re practically begging them to stop. What possessed them to believe that this justified nine minutes of someone’s life is quite beyond my comprehension.

But just when you’ve about to eject the CD in frustration, redemption finally arrives in the form of two of the best tracks of their career. Lead single ‘The Basket’ is magnificent; a Technicolor dream of hysteria and helium vocals welded to a stadium-sized chorus and a glorious swirl around the cosmic ballroom. And ‘Dancing in the Devil’s Shoes’ is simply breathtaking: a gorgeous, wistful and touching ballad that grows in stature and heartstring picking with every passing word. For the first time on the record, Fyfe sounds truly unshackled and as it comes across as powerfully as anything they’ve ever done. It would have made for the most perfect, sombre and poignant finale. Unfortunately, Guillemots then manage to throw away every touch of goodwill they’ve gained from these beautiful tracks by fly-tipping the leaden, ponderous ‘Yesterday is Dead’ at the end of the record, concluding proceedings with another needless nine minutes of nothing in particular. Overlong, overthought and overwrought: it is a bafflingly poor choice of closing track.

The greatest frustration with Walk the River is that in the moments when everything does clicks into place, Guillemots still sound glorious. Sadly, this only draws closer scrutiny to the moments (and there are far, far too many of them) when the band sound utterly adrift: resorting to repetition and self-parody. The overall suspicion is that they’re trying too hard. The best tracks manage to drag the whole thing kicking and screaming out of the way of the train tracks in the nick of time, but as a complete body of work, the album falls short of the mark. Guillemots certainly haven’t lost 'it', but neither are they particularly clear about where 'it' should be placed and with what “it” should be accompanied by. The most positive thing to say about Walk the River is that it shows that Guillemots are still capable of producing beautiful, indefinable pieces of contemporary songcraft when the mood takes them. The most concerning aspect is that they’re finding these diamonds increasingly scarce among the dirt.