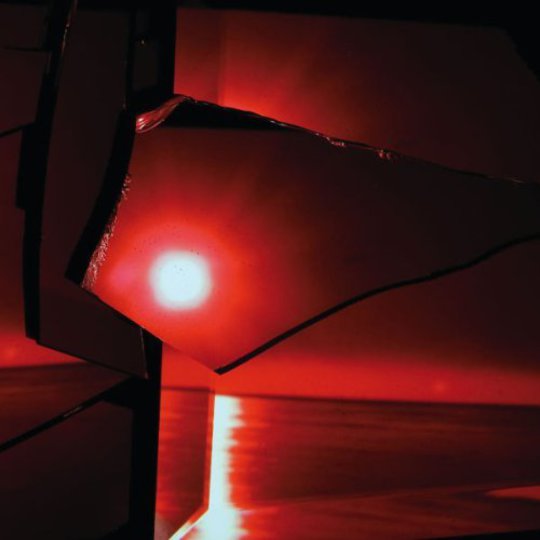 Though its author is perhaps not a man known for his aspirational philosophy, a short poem of Charles Bukowski’s, “As the spirit wanes the form appears”, is one of the more succinct and satisfying reflections to be found, on notions of ‘selling out’ and growing up with one’s art. But you probably knew that already.

Fortunately, the day we spy TV on the Radio in a sordid bar corner flogging the family jewels is in all likelihood a fair old while off yet. Between taking the helm of Scarlett Johansonn’s Anywhere I Lay My Head, earning a spot in NME’s top 50 musical forward thinkers and releasing a warmly received solo (ish) record under his Maximum Balloon alias - all the while lumbering that unwieldy genius about with him - self-confessed workaholic Dave Sitek’s artistic integrity is unblemished. Likewise, TV on the Radio are one of the most respected bands operating today, specialising in genre-redundancing dancey things that throw together splashes of funk, rock, pop, soul and whatever else they can think of, as if Music were just a canvas upon which to project their every passing whim. And why shouldn’t it be?

Going back to that first paragraph - though accusations of selling out and such would be purely hyperbolical, Nine Types of Light is, perhaps worryingly, the kind of record Q magazine might dub TV on the Radio’s magnum opus. (They would still issue the standard four star rating, of course, provided it was not Neo-Nazi propaganda [three stars] or a testament successful in uniting Israel and Palestine in holy matrimony forever more [tentative five], but that is beside the point.) As such, it is far from a bad collection of songs. Though less likely to have megafans bandying about words like ‘classic’ than Return to Cookie Mountain or Dear Science, the New Yorkers’ fourth album proper arrives immaculately formed, bedecked in beautiful sounding compositions and the weirdest, most intriguing guitar sounds this side of... well, things that aren’t guitars. But by their skyscraping standards it is a little, for want of a better word, wafty. It wafts along with some degree of caution, consolidating its assets while exploring parameters already chartered by its predecessors. It’s not a disaster. Nor does it bear much semblance to the towering masterpiece you expect is lurking around the corner for the band.

For a start, it is slick, yes - texturally gorgeous, in fact, and that is good; it’s what Sitek does best. But sexy it is not. And I don’t mean sexy in the pencil skirted office worker kind of way; sexy like when Tunde Adebimpe says “In my mind I’m breeding butterflies/Broken dreams and alibis” on ‘Dancing Choose’, spitting out those syllables like a man who wants to banish that butterfly crap from his mind once and for all, if only to concentrate on getting down to some serious business. As in, with a lady. Where Maximum Balloon’s ‘Groove Me’ was a slap-bass funky, breathy, viagra happy Byrne out, ‘Keep Your Heart’ croons “How am I gonna keep your heart/How am I gonna keep your heart?/If the world all falls apart/How am I gonna keep your heart?” with all the spunk of a castrated bollock. You see, Nine Types of Light never quite gets round to spurning that perennial minger Very Nice and fooling around with lovely, feisty Excellence at the end of the night, and I can’t suppress the wormy suspicion I might’ve missed a very interesting show.

But now I have spent well over half my word count picking holes in what is, as mentioned, an often superb, achingly well produced, well constructed piece of art. ‘Will Do’ is a beautifully written unrequited-love song, emerging from a Four Tet-esque wind chime intro into something you might call “‘Hey Ya’ on sedatives”, if you are that way inclined. Many of the other songs, meanwhile, are pretty much about dying: ‘Caffeinated Consciousness’ takes a punchy guitar thump, adds some Tim Harrington inspired yelling and humbly takes on the end of the world, with hard fought optimism and rapturous success. ‘Second Song’ is almost as good, delighting as it does in the author’s propensity for taking small pleasures in being alive, even when it seems like there is not a great deal left to say about same, and even as “shaking hands move to tear my face away”, which is good to know.

But overall, it is a mite disappointing, and it’d be disingenuous to cover this up. “But WHY?” you may cry, “_SHOW YOUR WORKING! Why is ‘relatively more straightforward’ such a bad thing? Why is it worrying that this is a bit of a Q record? What on Earth possessed you to make that terrifying statement in the first place?” In answer to all the above, Nine Types of Light feels like the work of a band more than content to make a good album - a really, very, very good album, yes - but only because they can’t be bothered to make a great one. I’d suggest Return to Cookie Mountain will stand up as a cult classic, immortalising a generation of Brooklynites in much the same way as The Beach Boys did for Californians years previously. Dear Science made a scorching good job of refining that; a masterful experimental pop record entirely accessible by the curious indie pool paddler - and indeed, MTV’s album of two thousand and eight. But where its parents conquered legendary eight-bit peaks and peered into the soul of ‘Science’, Nine Types of Light eschews that fighting spirit for a comfy jaunt of slightly diminished spirit, all expenses paid for out of its musical trust fund. Which is fine for now, but they’re too good to get away with it a second time.