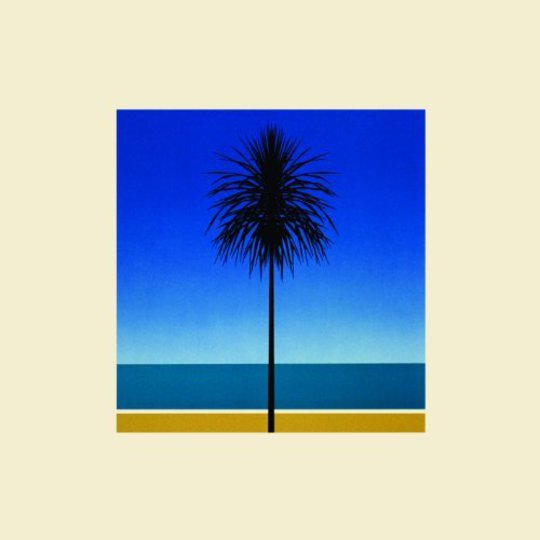 Aside from being the greatest invention in popular culture since recorded sound itself, YouTube is notable mainly as a forum for an ugly gaggle of white supremacists, misogynists, homophobes and other examples of humanity so shining we don’t yet have labels for them to air their badly spelt opinions. But in between all the “i bet ur moms a fagot lol” stuff there’s the odd thin straw of coherence to clutch at. The one I’m thinking of comes from a – presumably non-British – listener to ‘On Dancefloors’, the wonky epic that closed Metronomy’s 2008 tour de force Nights Out. From memory, it paraphrases roughly as “You guys! This could only be from England!”

We could debate whether it’s any longer possible, if ever it were, for such a statement to be true. Nevertheless, there is a lineage of eccentric, slightly avant-garde leaning Great British Pop into which Metronomy can comfortably be slotted. It would have to begin with the Beatles, I suppose – which is fine with me so long as I don’t have to listen to them – before moving through the likes of Barrett, Bowie, Sparks, Wire, XTC, Associates, Scritti, Pet Shop Boys, maybe Pulp or St. Etienne or SFA or Ooberman if we’re feeling generous, all the way to Metronomy contemporaries such as Guillemots, Klaxons and Everything Everything. If you’re inclined to point out that the Maels hail from California, you’ll probably know enough of their story to allow me to plant my little flag in them. So to speak. And if you’re more inclined to observe that the second Klaxons album is such an abject dog of a thing that the act has forfeit any right to join the roll-call above, I’ll just agree: guess their inclusion goes to show how much I still love Myths Of The Near Future.

Given three years to plot a follow-up, Metronomy’s Joseph Mount isn’t one to spend most of that time consuming his body weight in MDMA before shitting out a record that’s the same as the previous one but louder and with no decent songs. It probably helps that The English Riviera not only could be but actually is the work of a different band to that which made Nights Out. The new rhythm section of Anna Prior and Gbenga Adelekan bring to Metronomy’s arsenal a fluidity and a sense of space and grasp of dynamics that in turn has allowed Mount’s songwriting to breathe, relax, become more expressive. We’ve come a long way from ‘You Could Easily Have Me’.

I could mention here the Japan-styled ‘She Wants’ (much has been made of its gorgeous fretless bass but there’s more than a dash of Richard Barbieri in the keyboard textures, too) or the even more minimal ’The Look’, Phoenix eviscerated, wherein Prior appears to have decided that she is allowed to hit the kick drum, but only when absolutely necessary. And using the teeth of a comb as percussion is very Lindsay Buckingham circa Tusk, although that’s as far as I go with the mid-Seventies Mac comparisons The English Riviera has inexplicably drawn. Or I could mention how ‘Corinne’ comes across like The Cars spawning a hybrid of ‘Alec Eiffel’, ‘Computer Love’ and ‘You Wanted A Hit’, or the echoes of fellow English anomalies Orbital that rear their heads on ‘Loving Arm’ and ‘Love Underlined’, or the fact that when the vocal comes in on opener ‘We Broke Free’ the melody and the sound of Mount’s voice momentarily make you think you’ve been sent a Field Music CD by mistake, until the drum fill forty-five seconds in subtly but firmly shifts the piece into a parallel dimension postmarked TQ9 v2.0.

But these are things you’ll have to discover for yourself. That’s if you’re not too busy marvelling that the track most redolent of 'old' Metronomy, ‘Holiday’ sequel ‘The Bay’, is both the weakest thing here and the equal of anything on Nights Out. Or at the way the kazoo and stylophone driven coda of ‘Some Written’ allows itself to become so enchanted by Cage’s “if something is boring for two minutes, try it for four that it forgets to fade out and simply keeps on going until it falls apart. Or at something else I’ll notice in another twenty listens time. Yes, it’s one of those. Possibly a little early to be wheeling out 'album of the year'-type assertions, but with The English Riviera Mount has set the bar nice and high.