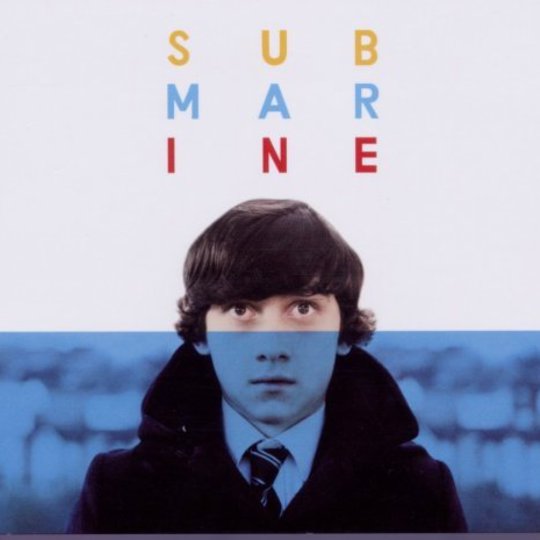 I imagine that the majority of DiS's readership will have heard of the titular film for which Arctic Monkey Alex Turner has written these songs. But for those not in the know, the film concerns the coming-of-age of a quirky 15-year-old boy, his relationship with his enigmatic girlfriend and the imminent collapse of his parents' marriage against the backdrop of Eighties Swansea. It's the feature film directorial début of Richard Ayoade, probably best known as Moss from the IT Crowd, although for this writer most fondly known as Dean Learner (“club owner, celebrity manager, restaurateur, entrepreneur and publisher of high-class gentlemen’s magazines”) from Garth Marenghi's Darkplace. The vital link is, of course, that Ayoade also directed the Arctic Monkeys' videos for 'Fluorescent Adolescent', 'Crying Lighting' and 'Cornerstone', not to mention their At the Apollo live DVD.

So Submarine, the EP, represents something of a reversal of roles, in as much as the function of Turner's contribution is to serve Ayoade's picture show. With this in mind, Turner, shorn of his bandmates, delivers five songs (excluding a brief intro) in a stripped down, mainly acoustic vein, that owes nothing to the musical fashions of the decade of the film's setting. Indeed, as was the case with his Last Shadow Puppets side-project, it's the late Sixties and early Seventies which provide inspiration, but the mood of gentle wistfulness is far removed from The Last Shadow Puppets' tactical bombast.

Every instrument on 'Hiding Tonight' sounds totally unobtrusive; acoustic guitar sways delicately and dry electric notes echo around the periphery upon a invitingly fuzzy organ drone. The melody is undramatic and unhurried and the delivery of Turner's storyteller lyrics equally so, even while retaining his characteristically wordy style (“I will play the coconut shy and win a prize even if it's rigged/I won't know when to stop and you can leave off my lid”).

Following track 'Glass In the Park' is cut from the same cloth, but with an even more swoon-worthy melody and seductive fretboard slides. It'd be very easy to point to the influence of the likes of Roy Orbison and Scott Walker, but this would be to ignore a far more glaring comparison: Richard Hawley, the fellow Sheffield man who Alex Turner claimed was 'robbed' when the Arctic Monkeys beat him to the 2006 Mercury prize and whom they later collaborated with. However, whereas Hawley's records are unapologetically retrograde, right down to his expert croon, and the plush studio sound occasionally stifling, Turner avoids any such pitfalls by way of retaining the humble charm of his natural voice and his sharp tongue, as on the Garfunkel-esque folk of 'It's Hard To Get Around the Wind'.

The song quality is set on an upward trajectory from start to end, with the last two tracks also distinguished by their fleshed out arrangements. 'Stuck On the Puzzle' has a quaint charm with it's warbling piano tinkles and clunky drum beat. Going by impressions engendered by the film's promotion, it's not hard to imagine the relevance to the central relationship of lines like “I'm not the kind of fool who's going to sit and sing to you about stars girl” and “Something in your magnetism must have pissed them off”.

'Piledriver Waltz' is the EP's finest and most direct song, despite the oddity of a change in signature for the gorgeous chorus (hence the titular 'waltz'). It's woozily romantic (“You look like you've been for breakfast at the Heartbreak Hotel”) with a typically wry mundane bent that avoids sentimentality (“Your waitress was miserable and so was your food”). This is Alex Turner's real age of understatement and it's a resounding success.