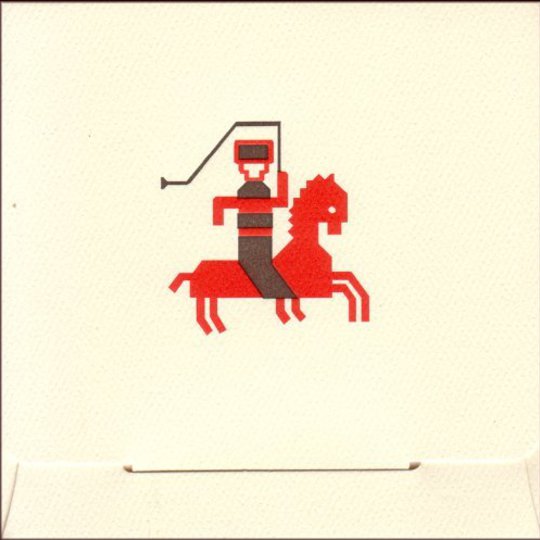 Whilst researching A Hawk And A Hacksaw's newest offering, Cervantine, I came across this quote from Jim Jarmusch's 'Golden Rules' of movie making, posted on the comments section of another review:

“Nothing is original. Steal from anywhere that resonates with inspiration or fuels your imagination. Devour old films, new films, music, books, paintings, photographs, poems, dreams, random conversations, architecture, bridges, street signs, trees, clouds, bodies of water, light and shadows. Select only things to steal from that speak directly to your soul...always remember what Jean-Luc Godard said: “It’s not where you take things from—it’s where you take them to”.

This struck me as apt in many ways when approaching AHAAH's music and my relationship with it. It also seemed to be in the spirit of things that I re-use the posting as the inspiration for my review.

After all, it is the above sentiment which I wished to convey here, for reasons both musical and personal.

Much has been made in the past of the appropriation of non-western musical cultures by bands in the 'indie' sphere. Questions of authenticity and exploitation raise their head whenever a group integrate the methods and modes of 'world music' into their repertoires. Zach Condon of Beirut in particular is often lambasted for his magpie like nature. Flitting between continents with each release.

To me AHAAH always seemed apart from such notions. There was a caring, loving respect for their source materials woven through their four previous records that came across more as aficionados recontextualising the music they adore and presenting it in a fashion that seemed to say 'Listen to this! How wonderful are these sounds, this music, this culture?!' than simply strip mining an obscure genre for novelty or gain. This is also evident in the musicians they have chosen to work with and the locations in which they live and record. Transplanting themselves wholly into new situations and towns. Drafting in local musicians to help them fully realise their ideas. Opening themselves completely.

And here, finally, on Cervantine (named for the author of Don Quixote who inspired their moniker), they have integrated themselves so fully that you could mistake the record for a document of a band of Balkan villagers playing their hearts out if you knew no better.

This is exemplified no better than on third track 'Espanola Kolo', a sprightly brass-lead number where it is impossible not to get swept away in the pure joy translated through the performance of each player. See also the title track, which begins as a mournful, graceful funereal lament before rousing horns seem to suggest a celebration of life in the face of death.

Recorded in the band's New Mexico home and featuring a host of local musicians, Cervantine feels like a long, joyous exhalation after years spent travelling, listening and devouring “trees, clouds, bodies of water, light and shadows”. It brings together Eastern European and Mexican folk music in a way that never feels forced, never disrespectful and always inspired.

It's the record I always hoped the band would make after joining their journey in a small Bristol family club and being so inspired and uplifted by their songs that I've since found myself in Polish market places and Czech town squares, not to mention creating music partially in AHAAH's image, hunting down my own inspiration through the sounds they introduced me to. No doubt much in the same way as Barnes and Trost did upon first being introduced to this wonderful music.

Every note is considered and played with joy, care and a sense of craft. Together with the record's beautiful packaging, Cervantine feels like a personal historical document, speaking to and from the soul.