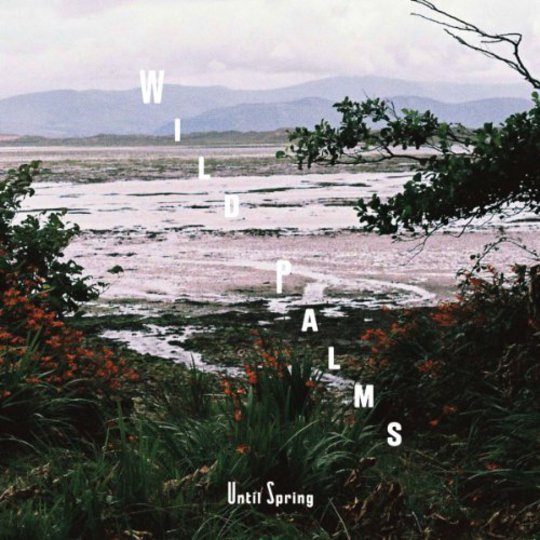 Expectation can be a dangerous thing. When I was assigned this album for review, pretty much all I knew of Wild Palms was their eerie Twin Peaks-inspired namesake, and their 2009 debut single, 'Over Time'; which while being a little too familiar in its post punk and no wave stylings, boasted a grungy production aesthetic, some fantastically inventive discordant guitar playing and a general, indefinable aura of excitement, energy and cool. Now, two years is a long time. One would certainly expect, hope even, that a band would change quite a lot in that sort of period. However, when I browsed the press release for debut LP Until Spring, I read that ']as the band have moved away from their initial inspirations they have sublimated the more obtuse angles of their nature within a warmer, more expansive soundscape'. I was suddenly filled with a nameless dread. Upon listening to the record for the first time, I found my fears confirmed; this is not the band I was expecting. It's a much poorer one.

The 'Bloc Party Defence' will undoubtedly come into play here. Band and fans alike will defend and extol the virtues of this 'new sound', deifying Wild Palms for their vision and bravery and (in their own words) 'dramatic evolution and restless desire, collectively, to keep pushing forward'. Don't get me wrong, a cosmopolitan, progressive attitude to your art is to be applauded. But just like with Bloc Party before them, in their haste to move forward they've lost some of the essence of what made them special in the first place. They've ironed out all of their idiosyncrasies with the intention of ending up with a smarter, more well honed result but have reality just made their music all damp and flat. The production is rather unremarkable, although irritatingly dense with reverb and drones and other ephemera which baffle and distract rather than charm. The exciting, original guitar playing of Darrell Hawkins has been completely castrated. Lou Hill's voice, while well suited to the sharp, lofi hollers of 'Over Time' in a shouty John Lydon doomsayer sort of way, has now been cajoled into various unconvincing other identities, from emotive croon ('Delight in Temptation') to intimate whisper ('LHC') that jar horrifically and meander along with very little consideration for melody or tune.

Until Spring isn't relentlessly bad, however. A few interesting moments still manage to break through the morass. Best here is the urgent 'Carnations', which ably recaptures some of the grit that so suits them without sounding too out of place amongst the gentler songs this record offers. Another standout is 'To the Lighthouse', which is of course dwarfed in entertainment value by the other 'To The Lighthouse', but still manages to impress with its sparkling verses and squalling chorus. Opener 'Draw in Light' benefits from an insistent chorus, but is spoilt by Hill's clunky, tuneless verse that really gets my hackles up.

I'd like to say this is a record of extremes, but it's mostly an infuriatingly average affair with brief, merciful moments of complete awfulness. Limp and uninspiring, this is a disappointing effort considering the potential the band initially showed back in 2009. If progression is as integral to Wild Palms' attitude as their press implies, I hope that they mutate into a great album two in a few years time. Best of luck, guys.