Queens of the Stone Age (reissue) 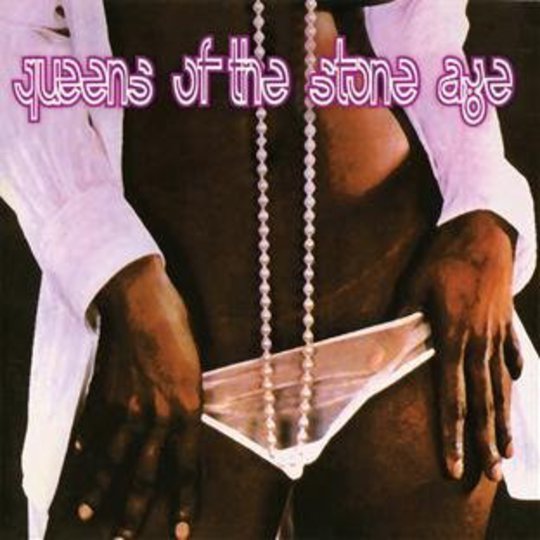 Josh Homme is, pretty self-evidently, an ambitious guy, and not exactly what you’d call humble either. At the same time, he’s always seemed reasonably grounded, and even when he was elevated to actual rock star status – this would be a few months after the second Queens Of The Stone Age album dropped – didn’t seem to be specifically altered by it, in respect of his demeanour. That is to say, getting shitfaced on drugs and nailing comedy punk rockers’ uncomfortably younger girlfriends seems pretty consistent with Homme’s inherent persona. He has probably acted like a douchebag from time to time, but, y’know, you’re not that great yourself.

And yet: things, as a wise fatty once wrote, done changed. The world is a very different place to autumn 1998, when Queens Of The Stone Age released this, their debut album. The ‘modern rock scene’, certainly the most visible and least underground part of it, is in some ways almost unrecognisable compared to eleven or twelve years ago. QOTSA themselves enjoy working conditions which most bands would hardly dare dream of. If, in his time as a Kyuss member in the Nineties, a cackling crone at a travelling carnival had informed Homme that he would later be able to go four years without his main band recording anything for the label that pays him, and instead play in another group with John Paul Jones, you can only assume he’d be incredulous.

And then there’s the writer of this review. As an enthusiastic and annoying 18-year-old he put up his hand to write about Queens Of The Stone Age for his student paper, as he had ‘got into’ Kyuss in a big way over the last year or so and was pretty keen to hear the fruits of the band which emerged from their dissolution. As a jaded and annoying 30-year-old, he has been granted the opportunity to do the same thing, except for an indie-centric music website and not as a fifty-word capsule review. Fortunately, I keep a copy of everything I write, because future civilizations are obviously going to have a lot of use for some long-haired teenage tit predicting that Jurassic 5 will be 'superstars' six months after the release of ‘Concrete Schoolyard’. So come with me for a trip down memory loss lane, perhaps turning your monitor on and off to make the screen go wobbly.

QUEENS OF THE STONE AGE

Well, first off this album was put out by three labels on its initial release, and now isn’t on any of them. Man’s Ruin, the label of poster artist Frank Kozik (whose sleeve design has been preserved for this reissue, and still looks godawful), and Stone Gossard’s Loosegroove have both since folded; Roadrunner, who released the CD outside of the States, have been inexplicably unfussed about keeping Queens Of The Stone Age in print, and have now ceded copyright to Homme’s own imprint, Rekords Rekords, in collaboration with Domino. (Another entity who look very different now than in 1998, when they probably never envisaged putting out a record by any American band who weren’t on first-name terms with Will Oldham, let alone this one.) So now you know.

Other changes of note are a full remaster, which has actually made a palpable difference to the plumpness of the bass in songs like ‘Hispanic Impressions’, and three extra tracks, all released on split EPs prior to this album coming out. They haven’t ruined it or anything daft, but also aren’t cooking at the level of most of the actual album, and would have been better placed on one of Homme’s jam-heavy and ‘zany’ Desert Sessions releases from the time.

Various ex-Kyuss types taking that band’s gargantuan, retro-metal foundations and building on them.

No, not really: even ‘various’, which implies more Kyuss personnel than Homme and drummer Alfredo Hernandez (Nick Oliveri wouldn’t become a member until 2000’s Rated R). The guitarist’s thick, valve-massaging tone didn’t radically alter from one band to the next, but QOTSA was evidently an outlet for him to play with structure, form and influence in a way Kyuss didn’t. A sly jangle amidst the semi-romantic psych-rock of ‘You Can’t Quit Me Baby’; ‘You Would Know’, as dually surreal and resigned as the Meat Puppets. Meanwhile, the songs you could see as a poppier redux of his old band – ‘Walkin’ On The Sidewalks’, ‘How To Handle A Rope’ – are just great, unfussy open-road hard rock burnups.

In amongst the massed banks of superheavy guitar is ‘Regular John’, which sounds like Black Sabbath covering Stereolab (honest!),

Basically, the above is saying that this kid hasn’t listened to Neu! yet, and not much Sabbath either for that matter, but if you can figure out that it means a super-strict motorik beat and some chuggy metal riffs, it’s done its job, as ‘Regular John’ features both those things. For my money, it’s still the best thing Queens have ever done, and the fact that it didn’t usher in a new and recognisable subset of heavy rock is no fault of theirs; more likely the fact that in the late Nineties, every town in Europe and North America had its own band gamely, fruitlessly trying to be as good as Kyuss by aping them.

and the dreamy tomfoolery and terrifying FX of ‘I Was A Teenage Hand Model’.

‘Terrifying’ might be stretching a point, but there is some dead loud Moog-y noise at the end of this song, the album’s closer, which might make you jump slightly if you’re not expecting it. Otherwise, matters are fairly dreamy, if only because Homme sings like he’s just woken up, and the electric piano and hand percussion wheeling him along isn’t much more energetic. It occupies the same position on the album as ‘I Think I Lost My Headache’ on Rated R, and is cut from a similar cloth.

Mmm, insightful. Circa 1998, though, Queens Of The Stone Age was a breed apart from almost everything else, as much as the year yielded scads of fine records. The fact it’s been frequently tricky to actually buy the thing makes it look a mite, how you say, Ipreferredtheearlierstuff to suggest it’s their career highpoint, but at the very least it contains several individual moments of outstanding achievement. It’s probably also helped by the fact that it recalls a time when to see a band list Queens Of The Stone Age as an influence wouldn’t have told you they were going to be shit, as it now does.

Angels of Darkness, Demons of Light 1