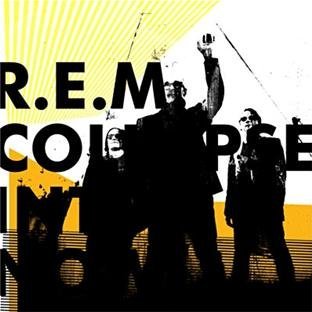 Even as part timers, nobody should be surprised that R.E.M. can still make excellent music»

for 'collapse into now', rem, which is singer michael stipe, guitarist peter buck, and bassist mike mills, re-teamed with grammy award-winning producer jacknife lee, who produced the band's acclaimed previous album 'accelerate'. lee is also noted for his work on albums by u2, snow patrol, the hives, and indie stalwarts kasabian, editors, aqualung, and bloc party.rem and lee recorded the album in new orleans at the music shed and in berlin at the famed hansa studios, where several legendary albums, including david bowie's 'heroes', u2's 'achtung baby', and iggy pop's 'lust for life', were made. additional recording and mixing was done at the venerable blackbird studio in nashville. the band has also revealed that collapse into now features some very special guests: patti smith, guitarist lenny kaye, peaches, eddie vedder, and the hidden cameras frontman joel gibb.
description from www.roughtrade.com