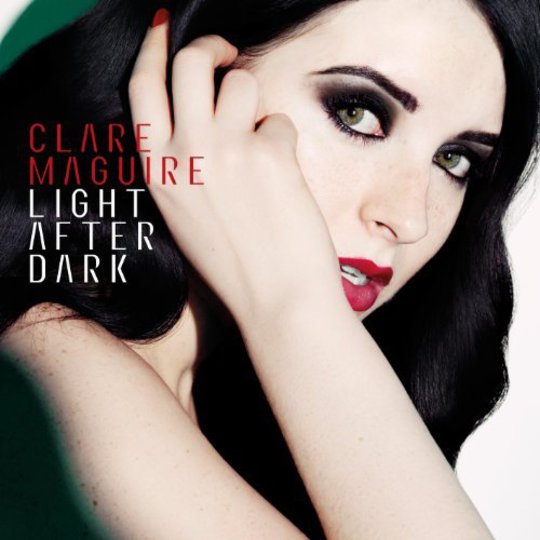 As one of the graduates of the BBC’s Sound of 2011 class, Clare Maguire, all of 23 years old and a sliver of a Brummie lass modelled in Daily Mail-acceptable ‘vamp’ clothing, comes industry approved for success. Sadly, in common with fellow Beeb alumni Ellie Goulding and Duffy, debut album Light After Dark also confirms Maguire as this year’s recipient of the slightly less illustrious ‘I’m Sure She’s A Perfectly Nice Girl, But…’ award.

Opening tracks ‘Are You Ready’ and ‘The Shield And The Sword’, with their ethereal harmonies and electronica-tinged production from chief collaborator Fraser T Smith, suggest we might be in for an intriguing, if mainstream, ride through Female Empowerment: With Drums. It’s all designed to pitch Maguire as an even more commercial Florence + The Machine, as if Florence’s kookiness only appeals to an audience of avant-garde live performance artists, and Maguire is The Common People’s answer to interpretive dance.

It all falls apart with current single ‘Last Dance’, tearing any pretence of lyrical intrigue to shreds with lines such as “You’re the first man to move me”. Now come on Clare, I know you’re only little but really, this is the twenty-first century and as the empowered woman you’re saying you are, surely you can take care of being ‘moved’ all on your own? If you must, get yourself to Ann Summers, buy yourself a battery-operated present and sort out your movement needs that way. But please, don’t spend an album sounding like a woman twice your age who’s signed up for a course in English Literature to escape from a loveless marriage and working-class doldrums. You’re not that woman.

It’s all very polished, shiny and ‘listenable’; its unspoken aim, in the mainstream Florence context, is probably to soundtrack a modern-day uprising of feminista Vikings. In the PR effort to set her apart from the pack, you can imagine Maguire donning a horned helmet and charging the City for the photo op - and the ‘lolz’, obviously. Unfortunately that is not what this sounds like, and it’s only when the album’s finished that you realise it never did get any more interesting. By the time the title track declares “We’re not trying to be clever/We’re not trying to be cool”, the war is lost; it’s the musical form of 'well I’m glad I didn’t get picked for rugby, they’ve all got cauliflower ears anyway'.

The problem isn’t with Maguire as a performer: she undeniably has a proper voice on her, and there’s an ear for a catchy melody on display. The album’s fundamental fault is that none of it feels like it is coming from the girl herself. The vague ‘empowerment’ lyrics are so full of clichéd clangers that they actually age Maguire several years, and reduce her to sounding like little more than a session singer for hire. By trying to make Maguire sound as though she’s lived and seen things, it becomes all too obvious that she just hasn’t, and any sentiment offered sounds hollow. Smith is not exactly a novice producer, yet not once does he seem to have stopped to ask himself if the best sound to go with is really a pale imitation of Elaine Paige.

It’s music by committee, designed to be bought in supermarkets along with the air freshener, and probably to serve the same purpose: hanging in the background, unnoticed. Worse, it’s so obviously aiming for the Mother’s Day demographic it’s painful. Perhaps the most damning appraisal of all, then, comes from an average representative of the target audience: my mum, upon hearing ‘Ain’t Nobody’, could only muster 'It’s very monotonous, isn’t it?'

A voice like Maguire’s deserves infinitely better than the calculated dross on display here. At a time where unique female artists have arguably never had it better, there is simply no excuse to present an album as uninteresting as this. Sadly it’ll probably sell by the bucketload on hype alone, thus encouraging the continuation of such anodyne and uninspired ‘artist development’. We can only hope that if a second album is forthcoming, Maguire gains enough confidence to kick out the middle-aged men’s focus group version of ‘Clare Maguire’, and let the real Clare Maguire be heard.