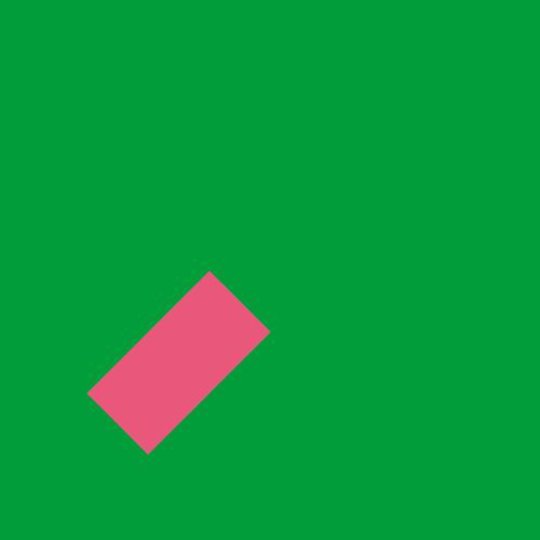 Just about every charting pop song will have at least one ‘dubstep remix’ on YouTube, and 99 times out of 100 the results are utterly horrible. As amusing as it can be to slap a wobble bassline over a delicate singer songwriter, the art of a good remix is a little more sophisticated. Making a name for himself in this field is Jamie Smith, AKA Jamie XX, whose remixes for the likes of Florence and the Machine, Glasser and Adele have transformed his side project into a sensation in its own right. He now turns his attentions to poet and musician Gil Scott-Heron, crafting a whole record from re-workings of last year’s excellent LP, I’m New Here.

Up until now Jamie XX’s output has been mostly light and club friendly, offering a stark contrast to the moody minimalism of his band’s debut. This has seen him welcomed with open arms into the electronic and dubstep communities, Djing alongside some of the UK’s most sought after producers and even releasing a 12-inch on respected Glaswegian label, Numbers. Creating an entire album of remixes, however, is a different task altogether and the results are suitably more varied in tone. What’s masterly achieved here is the delicate balance between Gil Scott-Heron’s character, and the personality of Jamie XX’s own music.

The record begins appropriately with Scott-Heron’s gravelly voice all on its own, taken from the title track of his first album in 16 years. The build-up is gradual, but Smith’s presence soon becomes unavoidable as the song is ruptured by a huge drumbeat and chipmunk vocal. Interestingly, the track has been reconceptualised as a duet, as the original monologue is joined by a female voice. A bold addition, but there’s clearly a lot of love and respect for the source material which is so crucial to this album’s success.

Elsewhere there are a wide range of different styles on display, making it quite confusing as to what kind of record you’re actually listening to. Neatly interspersed with spoken word interludes as on the original, there are the traces of dubstep and garage that you might expect, as well as something approaching drum and bass on ‘The Crutch’ and a fully blown hip hop beat on ‘Running’. While arguably this incoherence is a weakness, Scott-Heron is no stranger to diversity himself and his voice knits the varying genres together neatly. Listened to separately, the songs may feel like a difficult fit, but there is strong development in the album which builds towards its euphoric conclusion.

The climax begins with previous single ‘NY Is Killing Me’, beautifully introduced by its original piano melody. This interlude offers a great insight into the remix itself, picking up a melody in its raw form before distorting it into a wonky club hit. The album is then brought to a stylish finish by ‘I’ll Take Care of You’, which perhaps knowingly references the XX in its reverb laden guitar line. It’s the only time Smith makes this connection, but it nicely wraps up his influences into one sweet bundle.

We’re New Here is a difficult record to pin down in terms of sound, but its perhaps easier to be looked at as a loving homage to Gil Scott-Heron. While Smith uses this album as an outlet to explore a variety of different styles, importantly he never loses sight of the source material. Even so, in paying tribute to a great artist, Jamie XX has laid significant claims to being deserving of that title himself.