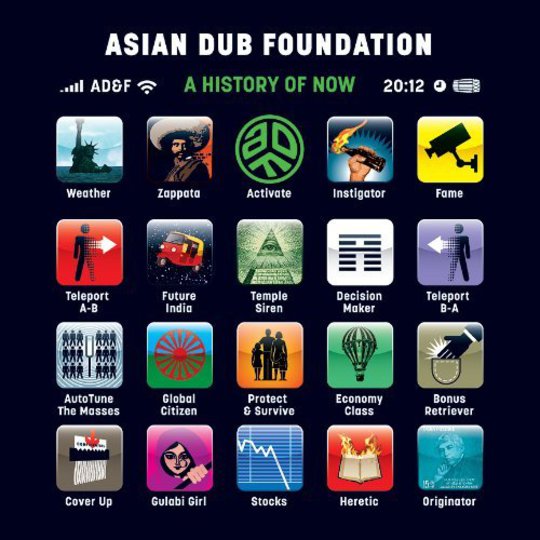 It’s a risky game, using music for social commentary. Saul Williams can do it. So can System of a Down. Tool’s 'Vicarious' cuts pretty close to the modern malaise, and Bloc Party, when Kele steers clear of talk about blueberries in the fridge, have some things worth saying. And Rage Against The Machine were striking cheerleaders for those left othered by a narcissistic western media, marrying anthemic slogans with searing polemic - even if much of their intended message was lost on a teenage audience who primarily interpreted it as a means of irritating their parents.

Mostly though, trying to use your songs for anything beyond masturbatory lyrical introspection ends in failure: we don’t like our record collection preaching to us. People concerned about international affairs don’t look for news on Soundcloud - they read the Guardian. Likewise, we’re not likely to be hearing 'Fuck Tha Police' on X Factor anytime soon. Distressingly, pretty much the only successful protest album of the last ten years was made by Green Day.

Which goes partway to explaining why, 16 years and nine albums into their career, Asian Dub Foundation have had little impact away from the underground. Sure, there was a Mercury nomination in 1997 and a tour with Radiohead in 2003, a slew of awards and, brilliantly, an array of video games featuring their music - because being made to question immigration policy is exactly what the users of Need For Speed: Underground buy the game for - but the band are hardly a household name, more that of an inner-city playground lined with broken glass.

To be honest, Asian Dub Foundation deserve more success. And whilst A History of Now probably won’t get them it, there’s a fair bit here to like. The album’s title track showcases the band’s sound perfectly, strained, anxious riffs shot through with abrasive rapping and a heavy rhythm section, and laced with what one might call more ‘ethnic’ instrumentation. It’s a mix that generally works well, their songs a multicultural hybrid of western hardcore and African/Middle Eastern tradition that’s only occasionally jarring, and never generic.

Other highpoints include the tense electro of ‘Urgency Frequency’ and the catchy if somewhat inane travelogue ‘London To Shanghai’, whilst ‘Futureproof’ is the album’s most abrasive track, like Pitchshifter with added flute. Opener ‘A New London Eye’ meshes vibrant percussion and lashes of distortion with atmospheric strings and breathless vocals, an almost exhausting inauguration to an album that has very little let up, bar the strangely Explosions In The Sky-esque ‘Power of 10’.

Lyrically it’s pretty uninspiring, though. Sure, so are most songs, but for a band so clearly tied to ideology it’s disappointing that there’s such little here to rouse our interest, let alone propel us to the barricades. ‘Where’s All The Money Gone’ takes a pretty flippant approach to a well-worn topic, adding nothing new beyond a somewhat laughable appeal to populism and the impassioned vocal “Bring it back now where that money/Bring it back bring it back for me”, which is likely to be the title of Noam Chomsky’s next book. The standard of commentary remains at a similarly sixth-form level throughout, even more of a missed opportunity considering the resurgence of political engagement right now.

But hey, we don’t want our records to preach at us, right? Right? Whatever: A History Of Now is lively enough to grab our attention and accomplished enough to warrant it having done so, although it’s never going to change anyone’s life. It’ll sound great live, though, although it’s likely that the band were aiming for something more than just transient entertainment with their music, something more significant than just getting a crowd jumping in unison. These are songs that engage the body, sure, but as for the mind - well, they’ll be lucky if they form a memory.