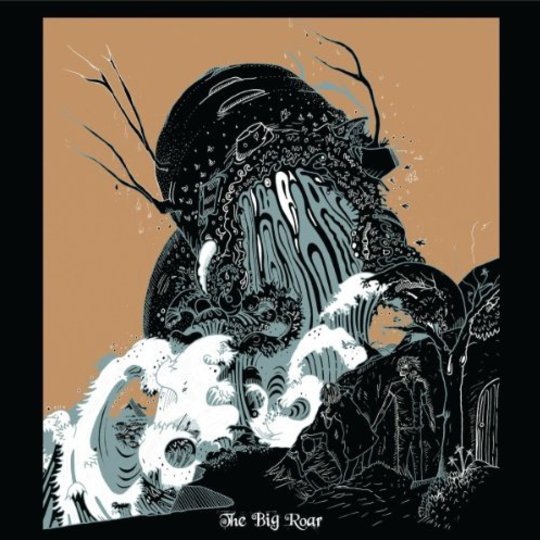 A man much wiser than me once said "All we have to decide, is what to do with the time that is given to us.”

And in an age where musical trends can change in the blink of an eye and fan loyalties can be swayed by the lightest of breezes, it seems little other than worrying that Welsh trio The Joy Formidable have waited over three years before putting out their debut proper.

It’s not like we’ve gone all this time without any spoils though - in early 2009 we were treated to the band’s mini album, A Balloon Called Moaning. Recorded in the shared bedroom of singer and guitarist Ritzy Bryan and her bassist boyfriend Rhydian Dafydd, it surged with the searing energy that makes the band such a tenacious live prospect.

So then, one has to wonder exactly why it’s taken them so long to get The Big Roar together. Especially since four of the eight tracks from their previous release have been recycled here, most of them reappearing in an unradically altered state.

Previous singles ‘Austere’ and ‘Cradle’ remain intact and are all the better for it; the former an anthemic Pixies-channelling garage stomp, the latter an ebullient rocket-ride that could be a Blood Red Shoes track. Similarly, the biggest palpable modification to ‘The Greatest Light is the Greatest Shade’ is Ritzy’s newly recorded vocal, still breathy and ethereal, only now intelligible – you can actually distinguish her intonation “This dream is, in a telescope now.” While the track is still a stunner: a juddering bassline beneath swirling blasts of shimmering electro-guitar, it’s now been stripped of the otherworldly quality it wielded when Bryan’s Emily Haines-esque purr was enveloped in swathes of shoe-gaze nuance.

But if anything was going to catch the attention of a Joe Public with a waning interest in guitar music, it was always going to be the soaring, giddy heights of ‘Whirring’. With this in mind, the appearance of previous material is less a surprise, more a logical inclusion – quite simply the best stuff in The Joy Formidable’s arsenal was written prior to sessions for The Big Roar.

Despite all this, as a complete body of work, the album stumbles in very few places. Volume is no substitute for heart- something The Joy Formidable are well aware of - but ‘Chapter 2’, despite being cranked to the max, manages to feel underwhelming as does the Rhydian - led ‘Llaw = Wall’. Both are akin to trying to smash a guitar, deep-down hoping it stays in one piece with the knowledge that in the morning you’ll have to pay to replace it.

But for the most part, these tracks burn with anthemic vivacity. ‘The Magnifying Glass’ is brilliant, a short burst of turbulence that shrieks as it twists turns and pounds round myriad sharp corners. Similarly ‘A Heavy Abacus’ features another apocalyptic chorus aimed firmly skyward amid waves of buzzing guitar while ‘Buoy’, a slow-burning seething beast, takes the pace off but not the muscle.

Recently someone on these very boards commented that 'the most emotionally difficult job in music must be being a member of The Joy Formidable in which you forever teeter on the edge of mainstream acceptance.' And The Big Roar’s eventual release was always going to pose more new questions about the band's future than it was ever going to put old ones to bed. After all, it can’t have gone unnoticed by the band that they’ve found themselves consistently tipped for great things since their inception in 2007, yet haven’t quite managed to achieve popular acknowledgement.

But the real heart of TJF has always been captured on stage, where energy levels can run rabid. Undoubtedly The Big Roar is an album written with the live arena in mind. The epic, feedback-laden climaxes of ‘The Everchanging Spectrum of A Lie’ and especially ‘Whirring’ - here lengthened awesomely by over three frenetic minutes of reverb and dense riffs that build and swell toward a newly constructed apex - are enough to tell us that. And in an age where live prowess can be more profitable than record sales, maybe the way The Joy Formidable chose to spend their time was less misguided than shrewd decision.