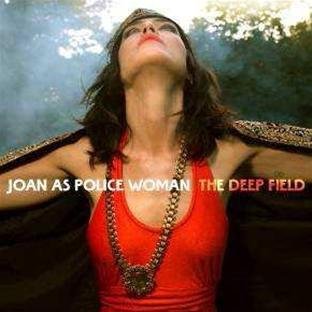 In this post-Winehouse era, with the industry’s appetite for brassy soulful singers, Joan As Police Woman is in no danger of being lumped in with saccharine, unit-shifting, identikit pop moppets, and with The Deep Field she has made an authentic, brave piece of work that should reach the wider audience it deserves.»

limited digipack cd. joan as police woman - aka joan wasser releases her third album 'the deep field' on play it again sam. the album's ten tracks were recorded over two sessions with 'friend and collaborator' bryce goggin and is self-described as her 'most open, joyous record' ever. a rocking, soulful journey, 'the deep field' is joan's most personal and her most universal
album to date.
description from www.roughtrade.com