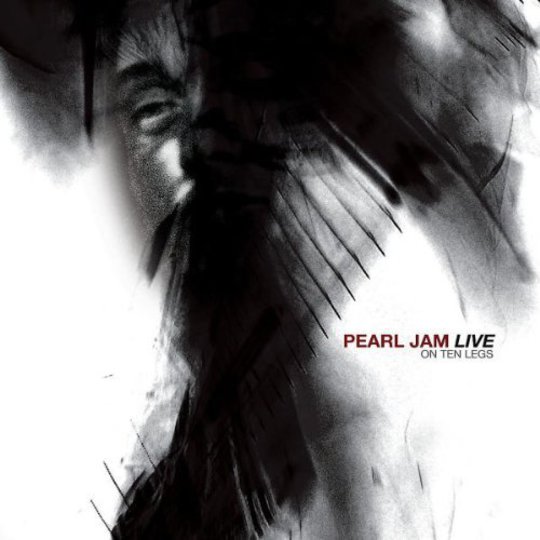 Last year was a great year for Seattle’s prodigal sons, returning rejuvenated and victorious to arenas and stadiums the world over in support of the back-to-basics, warmly received Backspacer. Featuring blistering guitar workouts, mile-wide hooks and a newfound sense of vitality – the album represents their best collected work since 1994’s Vitalogy (no pun, ahem, intended). It seems that, sixteen years on Pearl Jam have set aside the much publicised resentment that followed their initial success; content to come in from the cold once more and nestle by the fire like a long-lost – and much missed – pet.

Looking back, who would have thought it? Once dismissed as one-hit chancers hanging off the coat tails of the grunge explosion in the early Nineties; now revered elder-statesmen of rock - any dispute over payment of dues has long been rendered invalid. A follow up to their 1998 live album Live on Two Legs, Live on Ten Legs marks the band’s twentieth year and is a fitting tribute to Pearl Jam's formidable live prowess. Recorded over the course of their 2003/2010 world tours and featuring live versions of eighteen of their best loved tracks (though with some notable omissions – ‘Even Flow’, ‘Daughter’, ‘Betterman’ anyone?), the listener is presented with an aural history of the band’s evolution.

Of the numerous highlights, ‘Animal’ kicks like an angry mule, driven forward by Gossard/McCready’s propulsive riffage. As the song draws to a close the crowd join in en mass with Vedder’s refrain of “I’d rather be”, clearly revelling in the moment. A frenzied rendition of long-time live favourite ‘State of Love and Trust’ gives way to compelling performances of post-grunge classics ‘I Am Mine’ and ‘Unthought Unknown’. Hendrix tribute ‘Yellow Ledbetter’ flows like a fine wine, carried aloft by outstanding contributions from McCready and Vedder, whose consistently remarkable live vocal performance remains the group’s biggest asset.

The true magic, however, can be found in moments scattered throughout the collective performances on offer here; the breakdown in ‘Rearview Mirror’, the crowd’s joyful refrain at the close of ‘In Hiding’, Mike McCready’s mournful, wailing solo on ‘Nothing As It Seems’ – each listen reveals a fresh experience (thanks in no small part to engineer Brett Eliason's excellent remastering/remixing work). Live on Ten Legs is that rare beast: a live album that truly engages the listener.

Ever since 1993’s seminal Vs., Pearl Jam have been hell bent on following their own DIY aesthetic; often at the expense of approval from both critics and record buying public. Beginning with Vitalogy and ending with Backspacer, the band seem to have exorcised those demons once and for all, comfortable in their own skin at last. A joyful rendition of PiL’s ‘Public Image Ltd.’ (knowingly followed by a breakneck version of Vitalogy's ‘Spin the Black Circle’) is clearly a nod to this career-defining principal.

Perhaps most remarkable of all is the fact that the band’s energetic performance consistently belies both its two-decade lifespan and near-ceaseless touring ethic. If any criticism is to be levelled here, it would be that the album could so easily have been a double-disc effort, but this is a minor gripe on an otherwise flawless live document of a band striving for – and arguably achieving - greatness. A resounding success then, and vindication of everything that was and continues to be great about the enduring American institution that is Pearl Jam.