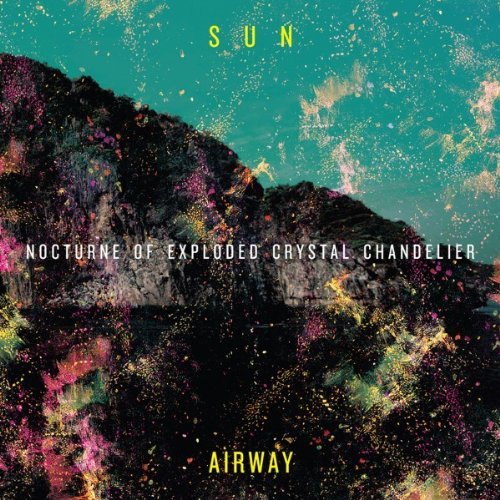 While Animal Collective and Sun Airway currently share very different trajectories, the vapour trails left by their individual takes on hazy-but-hopeful electronica do criss-cross quite a bit. »

it is hard to imagine namedropping both the strokes and animal collective when describing a
single band, but that is exactly what pitchfork has done with sun airway while describing 'put the days away' and 'infinity', two tracks from the band's debut album, 'nocturne of exploded crystal chandelier'. hailing from philadelphia, sun airway is led by songwriter jon barthmus, who is joined by fellow sound sculptor patrick marsceill. recorded primarily in barthmus' basement studio over the course of 18 months, the album blends processed
sounds, field recordings and timeless vocal melodies into their abstract fractured pop.
description from www.roughtrade.com