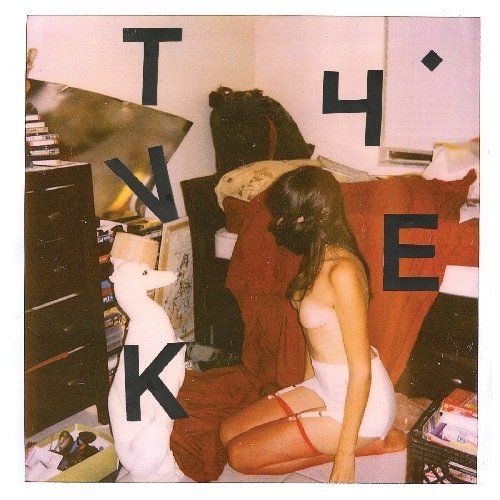 When one wants to listen to something that sounds like old punk rock but isn’t actually old punk rock, one could do a lot worse than listen to these guys. »

with relentless touring, razor-sharp songwriting and the ability to adapt to their surroundings without resistance, no wonder tyvek captures the off-center sounds of bygone-era diy scrapings and spins them into gold, all without showing any influence of the 'detroit sound' that's known the world over. tyvek's in the red debut, 'nothing fits', is a scalding collection of amped-up and thrust-out songs that cranks up the energy level far beyond their previous releases and decimates the detractors into the abyss. it's tyvek at their fiery, screaming best, and if this doesn't curl your eyebrows and your toes simultaneously with excitement, then you might need to settle for something musically akin to hospital food or take another laxative, because this blast of new recordings might just flush out your system to the point of personal emergency.
description from www.roughtrade.com