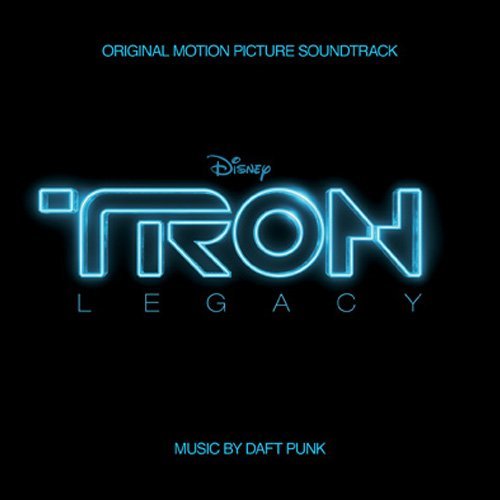 Daft Punk have finally proved that after all, they indeed are human. And it is a wondrous, spellbinding epiphany. »

grammy award winning electronic duo daft punk - who takes music as seriously as tron fans take computer references - score the upcoming film 'tron: legacy'. it's no accident that the group's two visionary musicians, guy-manuel de homen-christo and thomas bangalter, are tron fans too. having grown up with an admiration for the ground-breaking tron film in the 80s, daft punk took on the scoring of the next chapter of the story with extraordinary thought and precision. the critically acclaimed french duo composed and produced the album. the duo assembled a symphony of one hundred world class musicians in london and recorded the orchestra at air lyndhurst studios, britain's premier scoring facility.
description from www.roughtrade.com