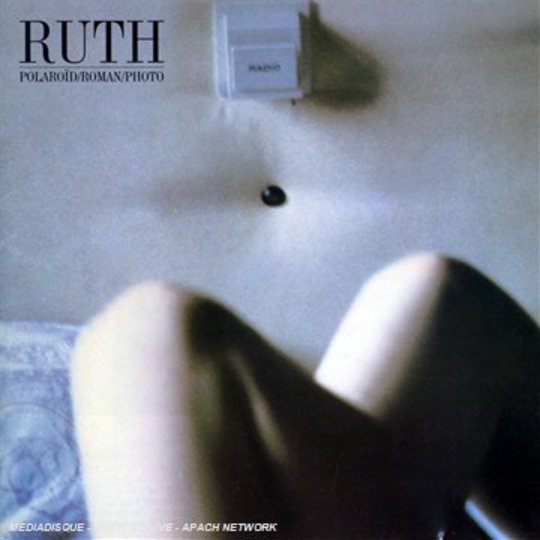 So you know how throughout the Noughties, pop producers poached so many of the strangest tropes and shapes of niche genres past that it quickly became apparent new Amerie, Beyonce, Girls Aloud et al records had the potential to be far more interesting than the vast majority of the bourgeois jangly folky shite that was supposed to represent the credible alternative?

Well this phenomenon, the most blatant manifestation of which is probably Sugarbabes’ ‘Freak Like Me’, has affected me thus: a lot of the supposedly obscure, difficult corners of music from a few decades ago now sound rather straightforward and, dare I say it, fun. Particularly if they happened during the still-overrepresented late Seventies slash Eighties. I found this with the excellent, DIY electronica-celebrating compilation Minimal Wave Tapes at the beginning of the year. And now, at the end, I’m finding it with Ruth’s Polaroïd/Roman/Photo, a record that apparently sold just 50 copies when it was released on Paris Records in 1985.

It’s got a 25th anniversary re-release because of the title track’s inclusion on Angular's the warmly received Cold Waves and Minimal Electronics compilation, also at the beginning of this year – apparently, one was only allowed to release a comp in January or February if it included the words ‘minimal’ and ‘wave’ in the title. Fittingly, considering that he’s the guy who’s taken the aforementioned phenomenon in the wrongest of wrong directions, Mark Ronson has decided ‘Polaroïd/Roman/Photo’ is "one of [his] favourite songs ever".

It is pretty enjoyable, although far less avant-garde than Ronson presumably thought it was when he decided this would be a hipper than thou opinion to espouse. With its Casio keyboard sound-effects and rather silly girl-boy vocals, it’s far more reminiscent of Duran Duran and the B-52s than it is of Neu! or Karlheinz Stockhausen, Ruth’s supposed principal reference points. Indeed, its most interesting component, little flecks and melancholy fills of muted brass, are melodic and foregrounded to the point that they undermine any resemblance to a motorik or aleatoric project utterly.

Not that that’s a problem. Quite the opposite, in fact. Clever little spurts of trumpet also complement the Blondie Goes To Paris glassiness of penultimate track ‘Mots’ – acting rather like low-tech rave sirens before they break down into an ‘Aladdin Sane’ style wig-out. It’s a bit like a musical take on chiaroscuro, using flashes of pure white to drag a painting out of dullness – and elsewhere on the record, it’s not just brass instruments doing it. Opener ‘Thriller’s cop drama pulse offers a backdrop to such assorted found sounds as a lorry reversing, an old woman shouting (possibly in German), a horse whinnying and Johnny Marr playing ‘How Soon Is Now?’ by himself in an empty room. ‘Misty Mouse’ goes from Clockwork Orange to French daytime radio to Trans Europe Express-era Kraftwerk being covered by a sixties girl group in just under five minutes.

The way one sound absorbs and takes over another halfway through a song is probably the best thing about this record. A moody, synthetic, accented take on one of Can’s loungiest numbers ‘She Brings the Rain’ is a case in point, the rain literally being brought in the form of a ringing yet distorted arpeggio that obliterates Thierry Müller’s vocal almost painfully. The fact that it’s a Can cover also makes sense of Polaroïd/Roman/Photo’s actual, rather than stated avant-garde credentials: the record makes much more sense as a part of the more whimsical, proggy tradition of Can and Slapp Happy than it does as icy Krautrock. That it does so using the technology of the latter is what makes it genuinely original.

It’s the success of this juxtaposition that makes me much more drawn to the simplicity of ‘Mabelle’s glockenspiel core (“Waiting for Mabelle / Lying on my bed” – ah, gay Paree, where all anybody does is fuck…) than the dragged out, humourless lady-Gainsbourg of closer ‘Tu M’Ennuies’. And yes, I know there’s a language barrier here, but that’s never been a problem when it comes to Serge, has it? Indeed, the way the a few enigmatic noises certainly don’t make up for something that sounds like ten minutes of Nine Inch Nails playing ‘Je T’aime, Moi Non Plus’ fronted by a French call centre worker suggests, to my mind, that Ruth liked the idea of a ten minute closing track more than they had enough ideas for one.