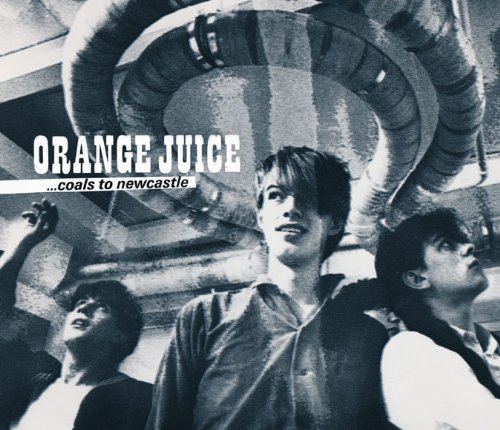 It confirms Orange Juice as more than an influential indie band – it shows up their ridiculousness, their ambition, their open-mindedness, their limitations, their self-reliance. »

domino release of a comprehensive seven-disc anthology of one of the finest groups of all-time, orange juice. 'coals to newcastle' - the boxset is made up of six audio compact discs and one dvd that contain the band's complete discography and other studio recordings as well as a collection of their bbc sessions. the dvd contains the band's two promotional clips for 'rip it up' and 'what presence?!' (the latter directed by derek jarman), their four performances on the old grey whistle test and the rare posthumous concert video 'dada with the juice'. in total, 'coals to newcastle' contains 16 previously unreleased tracks with another 23 tracks previously unavailable on earlier re-issues.
description from www.roughtrade.com