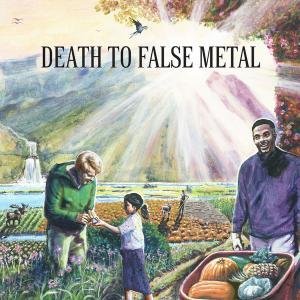 Just because you can write a song every other day it doesn’t mean that each one is worthy of being unleashed on the public.»

'death to false metal' is a collection of previously unheard songs from the weezer vault. comprised entirely of 10 previously unreleased recordings - nine never-before-heard songs plus one cover - 'death to false metal' brings together what singer-songwriter-guitarist rivers cuomo calls 'great songs, great recordings, but for some reason they didn't make the final cut for a record.' featuring tracks from the late '90s to late '00s, including the so-called 'weezer mystery year' of 1998, 'death to false metal' both fills in the gaps and adds to the already substantial body of work of one of modern rock's most acclaimed and popular bands.
description from www.rougtrade.com