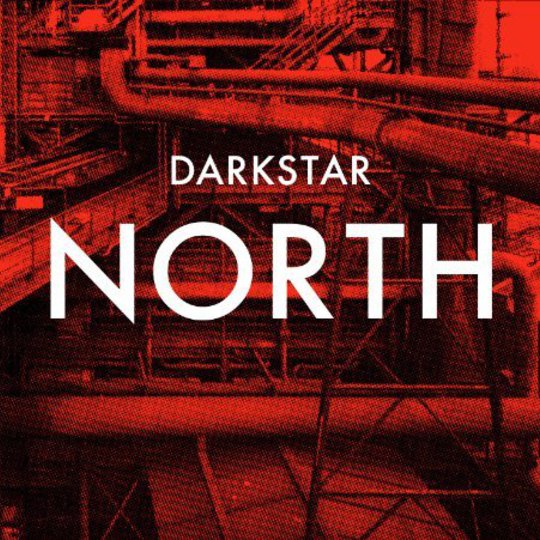 For Darkstar fans the band’s debut album, North, might have felt like an eternity in the making. Having established themselves with some strong singles on Hyperdub in the past couple of years, the then duo took an unexpected moment of self-reflection, deciding that creating an album’s worth of vibrant low-end synth music had suddenly lost its appeal. Following this change of heart, the band added vocalist James Buttery and switched their style significantly, crafting a down tempo pop album which has little in common with Hyperdub’s past glories. This is a surprising yet bold move, leaving us with an album refreshingly difficult to place in the current spectrum of electronic music.

Distorted vocals and thick globs of synth make up the basis of Darkstar 2.0, although their songs are given added texture by the inclusion of piano, strings, bass and guitar. While Buttery’s vocals have been neatly treated, it’s an undoubtedly human voice which replaces the singing computer of old. This could prove to be a stumbling block for those expecting a purist electronic record, as the majority of songs here are happy to adopt traditional structures with verses, choruses, and the rest. Furthermore, there are several songs here without even a drum pattern, the likes of ‘Two Chords’ relying instead on throbbing bass to stir up a moody and ominous atmosphere. In short, these are sounds rather more suited to bedrooms than dancefloors, reflected by the intimate live performances the band have begun to work on.

Whether or not Darkstar’s change in focus has been successful, will depend heavily on which angle from which you approach North. There’s certainly nothing here that packs the initial punch of earlier songs like ‘Need You’, and even the reworked version of ‘Squeeze My Lime’ (now titled ‘When It’s Gone’) has been reduced and restrained until it has taken on a whole new meaning. Yet there’s a depth of sound on this record that is new for the band, as the songs continue to give more with every listen. Rather than being distracted by glaring synth lines or bass drops that might have dominated beforehand, on North there is space to enjoy individual sounds and moments. The snap of the snare on ‘Under One Roof’, the gorgeous guitar melody in ‘Dear Heartbeat’, or the scuttle and crackle of drums on lead single ‘Gold’. While on the surface North might seem bare in comparison to Darkstar’s previous work, it’s in fact much richer than anything that preceded it.

The one song which isn’t new here is ‘Aidy’s Girl Is a Computer’ from the band’s mini anthem of 2009, which sits slightly awkwardly among such downbeat surroundings. It’s perhaps a surprising inclusion considering their move in a quite separate direction, yet without it perhaps North would be a bit of a slog. That isn’t to say there aren’t other moments of lightness, slow-mo Human League cover ‘Gold’ for example, but rather that melancholy is ineffective without genuine optimism like that conveyed in ‘Aidy’s Girl’.

Whichever side of the fence you fall on, Darkstar’s North is an important release for the genre and more specifically Hyperdub. On this record what was once called dubstep has come full circle, drawing influences from as wide as the label’s earliest success story, Burial, to pioneering bands from Portishead to Radiohead. North not only blurs the lines of genre, but it does so both effortlessly and convincingly. Darkstar took a risk in straying from a template that had already served them well, but nobody ever made a great record by playing it safe. Fortunately for Darkstar, this risk paid off in a big way.