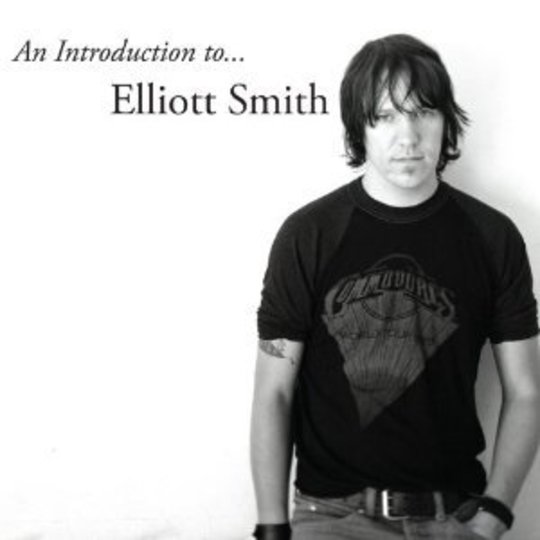 There’s something brilliant about hearing music where you’d least expect to. At least, there is for me. Off the top of my head: Ryan Adams competing with the thudding house and techno of neighbouring bars on a crowded beach in Thailand; a Mogwai tune propping up a particularly dramatic moment in Sex and the City; The National filtering from a supermarket sound-system here in Barcelona. These tiny moments have inexplicably stayed with me, anyone unfortunate enough to be with me at the time having to feign interest in my jabbering.

A couple of weeks ago, the strikes against austerity measures that rattled many major European cities necessitated an overnight stay at my boss’s house in a small village in Spain. It wasn’t quite as exciting as the last time I couldn’t get back to the city, but fun nevertheless: wine was drunk, Batman Begins was on TV, we even took Scooby the dog for a walk in the nearby forest the next morning. And at one point the night before I had to butt in on the conversation and ask whose CD was playing, as it was ‘Angeles’ by Elliott Smith trickling out of the speakers – on a compilation made by my boss’s husband, who had come across Smith as a result of the Good Will Hunting soundtrack.

Now, I don’t suppose there’s anything too out of the ordinary about this. That film continues to engage viewers, and Smith’s deft, autumnal songs feel as integral to its success it as those of Simon and Garfunkel are to The Graduate or Kimya Dawson’s to Juno. Off its back Smith was projected into the homes of millions, ‘Miss Misery’ receiving an Oscar nomination only to lose out to Celine Dion’s ‘My Heart Will Go On’ (Smith played an abridged, orchestra-backed version of the song at the 1998 Awards).

But still, when I think of Elliott Smith I don’t think about Good Will Hunting, lavish awards ceremonies or his tragic downward spiral. I just think about the beautiful songs he wrote, the clear melodies; his sweet, whispered vocals. His music evokes such intimacy that I was genuinely startled when I heard him that night, outside the confines of my bedroom, my headphones. I get the same thing when I hear him in bars. Somehow, I’m both surprised when people are familiar with him and incredulous when they’re not.

All of which is a (really) long-winded way of saying that, even after the posthumous release of From a Basement on the Hill, the extensive outtakes and rarities presented on New Moon and the recent reissue of his searing solo debut Roman Candle, An Introduction to Elliott Smith – if you take it for what it is, and the clue’s in the title – doesn’t feel superfluous.

With a back catalogue as strong as Smith’s to cherry-pick, it would be difficult to go too far wrong. There are notable omissions of course: XO is represented solely by its sort-of title track and Figure 8 by ‘Happiness’ while five from Either/Or feature, still overlooking ‘Say Yes’ or ‘2:45 AM’; there’s no ‘King’s Crossing’, ‘Roman Candle’ or any of the ‘No Name’ songs. But there might be logic to these choices. ‘King’s Crossing’ and its almost unbearably poignant lyrics (“Give me one good reason not to do it…”) is one of the most ambitious things on From a Basement… – a ranging, psych-inflected portrayal of his fractured state of mind – but it is also its darkest hour, not entirely befitting an introduction to the man; likewise Roman Candle’s devastating title track.

Either/Or is arguably Smith’s finest, most cohesive work, bridging the gap between the scratchy, basement-recorded sound of his earlier albums and more expansive arrangements of his later career, and this is surely why it permeates An Introduction to… so; encapsulating its appeal in a handful of songs is not a task I’d wish on anybody (though I would admittedly suggest sticking ‘Say Yes’ on there). ‘Angel in the Snow’ and the sparse early version of ‘Miss Misery’ are the two most immediately striking things on New Moon, while Figure 8 is a gorgeous though uneven record and ‘Happiness’ a sweet, if sad way to round off the collection.

It’s worth pointing out that despite Smith’s troubled existence and his evident gravitation towards the melancholy, there is nothing in any way monochrome or heaven forbid, ‘depressing’ about his music. It is sometimes angry – try the seething picture of domestic abuse painted on ‘Roman Candle’ (which doesn’t appear here) or the bitter tirades of ‘Last Call’ (which does). It is often bleak, like on the songs previously mentioned, or ‘The Biggest Lie’ (“We’re so very precious, you and I / And everything that you do makes me want to die”). But it is always honest, and this is why it is so beloved: whether reflecting the dark headspaces Smith came to inhabit ever more frequently in his final years or merely proffering something as outright fucking benevolent as ‘Twilight’ or ‘Angel in the Snow’, it is unfailingly, excruciatingly, exquisitely true.

An Introduction to Elliott Smith constitutes a worthy glimpse and gateway into a discography that has enchanted so many over the years. There are 14 songs here; 14 finer you’ll seldom hear.