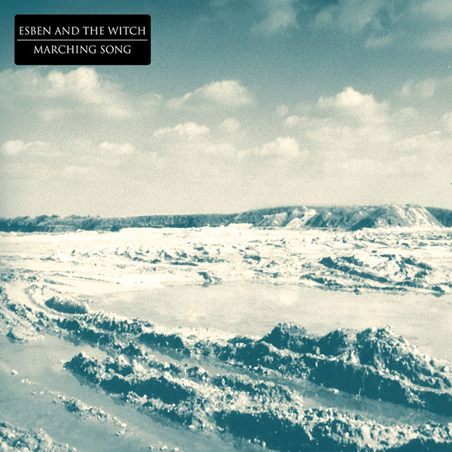 Esben and The Witch - Marching Song

The test for Esben and the Witch now, is to see whether they are confident enough to write more songs that feed off their own momentum rather than spluttering to a halt under the strain of their ambition. »

limited edition ep with free download. since emerging in the latter months of 2009, esben and the witch have steadily been building their profile both home and abroad. a self-released ep, '33', attracted significant attention, and limited-edition 7" single 'lucia, at the precipice' sold out instantly. the band has been sharing stages with the likes of the xx, school of seven bells, the big pink, warpaint, deerhunter, efterklang and wild beasts, as well as appearing at numerous festivals like latitude, field day and truck. now formally signed to matador, esben and the witch's debut ep for the label is 'marching song' - a limited 300 copies 12". the ep is completed by two new tracks, 'done because we are too menny' and 'souvenirs'. 'marching song' is instantly captivating...romantic and gothic, a shadow of something intangible and otherworldly. think a mix of siouxise, slowdive and early 4ad.
description from www.roughtrade.com