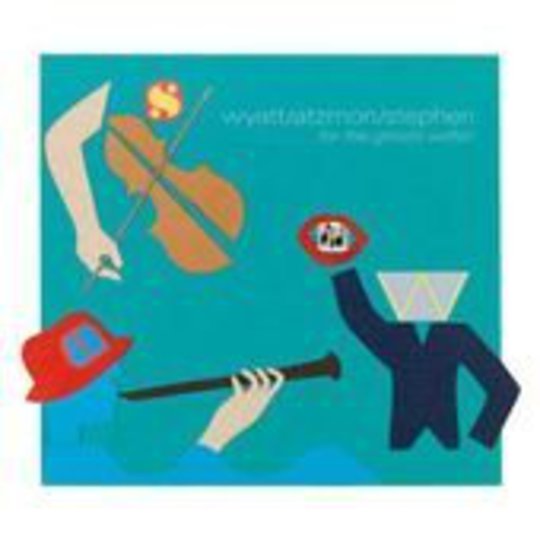 Anyone happening to tune in to Radio 4’s Today programme on the very first morning of 2010 would have found the show’s habitual antler-locking moderated by a new voice: softer, more reasonable and delivered through a beard that would give Old Father Time a run for his money. Guest editor Robert Wyatt set the agenda, and his chosen subjects – the joys of amateur choirs, a report on the coup in Honduras and an alternative Thought for the Day from John Berger – resonated strongly with the themes of the Soft Machine drum maniac turned eccentric sage’s music over the last 40 years. Not to mention the way that, just as Wyatt has only sporadically crossed orbits with the mainstream (his biggest hits being a mid-Seventies cover of The Monkees’ ‘I’m a Believer’ and the Elvis Costello-penned Falklands protest ‘Shipbuilding’), this official nod to his near-national treasure status was granted on the one morning when even hardcore Today fans were likely to be hitting the ‘snooze’ button and rolling over.

Wyatt also found space on the show to chat with Jerry Dammers about the secrets of successful collaboration, something a man who has managed to craft coherent albums featuring cameos from Brian Eno, Paul Weller, trombonist Annie Whitehead and assorted members of Pink Floyd and Roxy Music must know a thing or two about. Indeed, For The Ghosts Within lives up to its triple billing: Wyatt may be the name most familiar to readers here, but this is very much an equal meeting between him, energetic saxophonist Gilad Atzmon and violinist Ros Stephen, whose own groups include Tango Siempre and the Sigamos String Quartet.

The three have recorded together before and this, paired with the fact that a glance at the tracklisting suggests an album of old-time ‘standards’ and revisits of Wyatt’s own songs might portend something knocked together over the course of a lazy afternoon in the studio, Wyatt crooning sleepily as Atzmon and Stephen click their fingers and exchange self-congratulatory smirks. In fact, although there’s little here that would fuel a ‘Wyatting’ session on the local pub jukebox, it’s a fully realised project in which the trio bring out the best in each other and in the songs. The opener, ‘Laura’, wouldn’t be out of place in Michael Bublé’s setlist, but here decades of silk-finish wallpaper are peeled back from David Raskin and Johnny Mercer’s Forties jazz lament to reveal the longing and hurt still vivid underneath. The quavering quality of Wyatt’s voice is often mistaken for lack of ability: here he’s tremulous, fragile yet underpinned by unshakeable intent, taking the spotlight as Atzmon and Stephen evoke the spectre of the intangible Laura.

There’s a long tradition of gently sung but strongly felt protest in Wyatt’s work and ‘The Ghosts Within’, written by Atzmon and Wyatt’s wife and frequent lyrical collaborator Alfreda Benge, is probably the most subtly beautiful lament for the plight of displaced Palestinians that you’re likely to hear. Now a British citizen, having renounced his Israeli nationality in disgust, Atzmon has previously written about how discovering jazz aged 17 was the first step towards widening his worldview and rejecting his Zionist upbringing. Since then he has strived, both solo and with his Orient House Ensemble, to unite western jazz, particularly his brand of bebop, with Middle Eastern approaches to music. Here he weaves lines reminiscent of a muezzin’s piercing call around unsettled string loops as his wife Tali’s velvety vocals tell of lives lost to pain and dust – “We’re still here, under the olive trees / When will you see? It’s where we belong / The river runs away in shame”.

If that looks back to a lost history, ‘Where Are They Now?’ pointedly offers up voices from the present. A radical reworking of Wyatt’s 1991 song ‘Dondestan’, the original’s faux-naive ditty (“Palestine’s a country / Or at least it used to be”) surfaces as a jaunty sax line, whilst the British-Palestinian MC Shadia Mansour and Palestinian MC Stormtrap (Ramallah Underground) deliver kinetic and epically pissed-off sounding raps in Arabic.

One of the highlights of Wyatt’s 1997 record Shleep, ’Maryan’ sees swirling, filtered string ripples and martial snares bringing a new momentum to the song’s journeying river, before Stephens’ strings add wistful poise to a whistled version of Thelonious Monk’s ‘Round Midnight’. Proof that some songs will never die, however, comes with the album’s final two tracks: a lush yet fractured take on Chic’s ‘At Last I Am Free’ that manages to be even more gorgeously conflicted than Wyatt’s first go at it 30 years ago, and an unabashedly straight-faced take on that Great-Grandad Conker of old chestnuts, ‘What a Wonderful World’. It may border on the soppy, but if hearing a perpetually wide-eyed 65 year-old sing the line about how babies will see much more than he’ll ever know doesn’t bring at least a hint of moisture to your eye, then you, my friend, are John Humphreys.