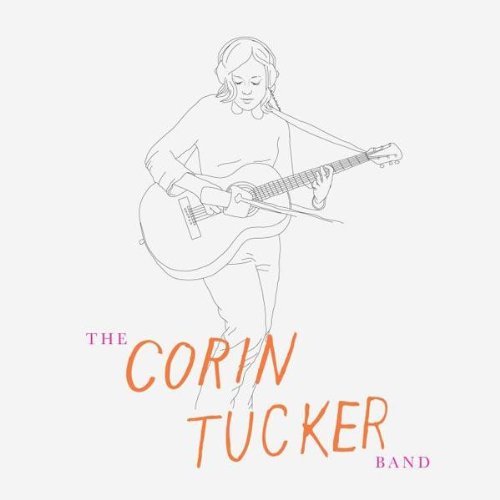 There’s a warmth and tenderness running 1,000 Years which wasn’t often allowed to surface within Sleater-Kinney.»

after a protracted break from music since sleater-kinney's indefinite hiatus announced in 2006, corin tucker releases her highly anticipated new album under the moniker the corin tucker band. the record, titled '1,000 years' is released on kill rock stars, and also features sara lund (unwound) and seth lorinczi (golden bears). '1,000 years' reveals the one-time riot grrrl as she is nearly 20 years after she began her career: as a full-grown riot woman. old enough to trace the complexities of adult life, love and family, but still young enough to know better. cue the wrenching rhythms and hard-angle melodies, the slashing guitars and wildly passionate vocals. only now the hard edges come nestled in lush weaves of acoustic guitars, keyboards, interlocking percussion, even cellos and violins.
description from www.roughtrade.com