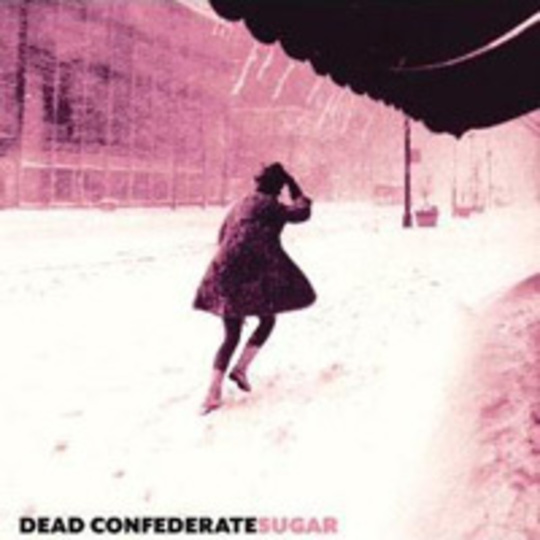 Athens, GA quintet Dead Confederate have been making pulsating noises of various sorts for the past four years, yet somehow seem to have slipped by almost unnoticed. It's hard to credit, really, as to all intents and purposes their frazzled, shoegaze-tinged stoner grunge leaves most of their peers out in the cold. Furthermore, they've enjoyed the seal of approval from a host of alt.rock luminaries past and present, having toured with the likes of A Place To Bury Strangers, The Meat Puppets and Dinosaur Jr, whose frontman J. Mascis makes a cameo here. Indeed, the fact they remain relatively unknown after 2008's impressive debut Wrecking Ball is a mystery in itself, and having witnessed their blistering live show on several occasions over the past few months, one wonders just what they'd have to do next to court some kind of recognition.

Of course the answer is contained right here, in ten easy pieces otherwise known as Sugar, their second long player. Where its predecessor felt like a jackhammer battering down the doors from start to finish, Sugar takes a much more subtle, accessible approach while losing none of the raw intensity that made Dead Confederate such an exciting proposition in the first place. Producer John Agnello, more recently associated with Dinosaur Jr's Farm and Beyond LPs along with Sonic Youth's Rather Ripped and The Hold Steady's Boys And Girls In America lends a deft touch to proceedings which undoubtedly smooth some of Sugar's rougher edges into concise nine carat diamonds overnight. What's also apparent is the way main songwriting duo Brantley Senn and Hardy Morris have developed their mantle somewhat, the uneasy listening and stretched out drawl that punctuated the likes of 'Flesh Colored Canvas' and 'It Was A Rose' now an all but distant memory.

That's not to say Sugar is any less intense; on the contrary, the individual elements still persistent, particularly the exquisite drumming technique of Jason Scarboro, one of the few craftsmen of his trade who plays more of a leading rather than supporting role. It's Scarboro's colliding drum patterns that introduce Sugar by way of the opening 'In The Dark', a psychedelic groover enhanced by whirring keyboards and heavily reverbed guitars not a million miles from Come Down-era Dandy Warhols. It's the unexpected diversity here that proves most satisfying, such as on the chilled out blues of 'Run From The Gun'. When Hardy Morris sings rather than screams "I've been let down gently, when I never even knew the end was on the way", it's hard not to empathise with his despairing words, almost as though reality has dawned that maybe this is the last chance for his band to make any headway after all.

The reflective strains of 'Father Figure' coupled with 'Quiet Kid's inner angst both prove deceptive on first listen, the former taking an orchestral turn courtesy of a customary Jason Scarboro drum crescendo, while the latter's thunderbolt guitar riffs cascade into Nirvana territory had they perhaps recruited Kevin Shields rather than Pat Smear. At times, Agnello's love affair with the grunge scene - no doubt embodied by his work with the Screaming Trees at the outset of his career - come to the forefront, as on 'Mob Scene', just over two minutes of incessant, guitar shredding noise that recall Smashing Pumpkins at their most vitriolic.

Mascis contributes guitar and backing vocals to 'Giving It All Away', a song whose melody seems rooted in the back end of San Francisco's late Sixties flower movement rather than Seattle's basement scene of two decades later. The slow-burning title track is again something of a defeatist's anthem as Morris repeats the line "I failed without you" and the tumultuous finale 'Shocked To Realize' both sum up Dead Confederate's contrasting mindsets in equal parts. Sugar is best summed up, however, by the magnificent 'Semi-Thought', an abrasive concoction of mammoth riffs, incisive drum interludes and unifying vocal harmonies between Morris and Senn that is strangely reminiscent of a supercharged No Age.

Overall, the only downside with Sugar and Dead Confederate in general is that occasionally their influences have a tendency to become too evident for their own good when the likes of Black Mountain and The Black Angels have shown that psychedelic rock is very much alive and kicking today. Yet Dead Confederate have possibly made the best record out of all their contemporaries this year, which surely beckons the question 'How much longer can they be ignored?' Time to pay attention methinks...