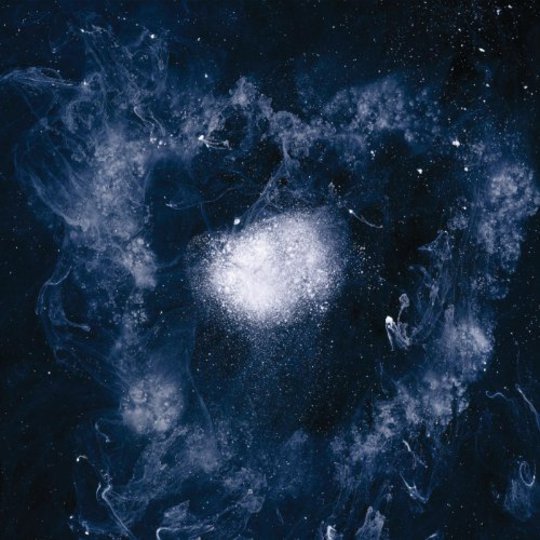 The earnestness with which Michael Gira has thrown himself into the task of reviving the Swans (he resolutely doesn’t consider it a reunion) has resulted in an extensive tour, to follow the release of this brand new album. Reasonably enough, the new lineup have posed for some photos, which you can see for yourself on the Young God Records website and which are magnificently sinister, without any obvious effort to be so. They look like police station mugshots of people arrested for crack possession; Christoph Hahn may have been carved from sandstone and Norman Westberg, whose tenure in the band dates as far back as 1983, appears to have had the same Ian Rush-esque moustache for the last 25 years. Insofar as the snaps convey the gladiatorial might and gnarled temperament on show on My Father Will Guide Me Up A Rope To The Sky, it’s an object lesson in successful promo photography.

When the vague bubbles of chatter about the possibility of fresh Swans activity turned into the froth of hard facts, people had misgivings, as people unfailingly do about every single band which gets back together. One of the more reasonable observations, however, pointed to Gira’s legendary, transgressive onstage intensity back in the Eighties, set against the fact he is now not far from his sixtieth birthday; if this incarnation of Swans was to acknowledge the violently slow and draining atmospheres of early records like Filth and Cop, it ran the risk of being a pale shadow of a relatively young Gira’s primal screams. On the other hand, it is these sluggardly beatdowns which have proved the most influential part of Swans’ catalogue – from Big Black to Godflesh through to Khanate, to name but three – so a redux of the Children Of God album and beyond, where the New York ensemble started to curb their extremity and introduce acoustic parts, would likely prove unsatisfactory too. We’ll have to wait to see precisely what they do live, but My Father… exhibits elements of Swans in pretty much all their incarnations – as well as Angels Of Light, the band Gira has fronted for the last decade, and three of whom feature in the new Swans lineup.

If I’m making it sound like a compromise, with something for fans of any given Swans era deliberately included, this is assuredly not how it comes across. ‘No Words/No Thoughts’, the first of eight songs, lasts nine and a half minutes and strikes forth with invasive no wave guitar and hammer-blow drums. By the time Gira’s vocals arrive, guitars jangle and chime ominously and percussion runs at a martial clip. The album’s longest track gives way to the shortest, the acoustic and beatific ‘Reeling The Liars In’. See-sawing between styles, ‘Jim’ pounds its fists against the notion of ‘the ballad’, Gira’s lyrics carrying an us-against-them triumphalism – “Let’s piss on the city that’s burning down there” – and his music a creatine-bulked nod to Tom Waits. ‘My Birth’ is probably the most quote-unquote macho turn on the record, musically speaking: it’s vaguely tempting to make something of the fact that Jarboe, Gira’s former partner and musical foil in later-period Swans, is not in the new lineup, all of whom are men. There again, drummer Thor Harris is also in Shearwater, who hardly embody the growling essence of male. Moreover, the song is also a wonderful showcase for the monstrous, exacting engineering job on this record; the production styles of Swans records varies enormously, but this may be the one that flatters them the most.

Swans’ sonic evolution in the Eighties came partly because Gira accepted that songs could unnerve and disquiet in ways other than being unrelentingly loud and horrible. This maxim is often used keenly on My Father…, but never better than a track called ‘You Fucking People Make Me Sick’, sung by Devendra Banhart and Gira’s three-year-old daughter. “I love you / Young flower / Now give me / What is mine,” they coo at each other, just prior to a thumping industrial coda. If it was a home video recorded after a boozy Christmas lunch, the family would probably conclude that no-one should ever watch it. As an entry into the Swans canon, it’s spectacular. ‘Inside Madeline’ and ‘Eden Prison’ both lean heavy on a buzzing, Cale-squared squall of violin, and are probably the least inspired moments of the album – by no means bad, and again produced so as to draw you in with sheer sonic envelopment.

As much as Gira’s assembled band play a blinder on this album, the extensive list of ex-members is just one clue, should it be needed, that he is Swans. Thus, it’s fitting that ‘Little Mouth’ features his pebbledashed vocals over minimal guitar and jaunty whistling – indeed, for the last minute he sings unaccompanied. He’s talked about the idea of another Swans outing giving his muse a kick up the arse, and the opportunity to charge £20 for gig tickets is no doubt a boon. Yet My Father Will Guide Me Up A Rope To The Sky sounds more like the essence of Michael Gira than the Angels Of Light ever did, and ought to also serve as another broadside to the idea of reformations being inherently grubby and uncreative ventures.