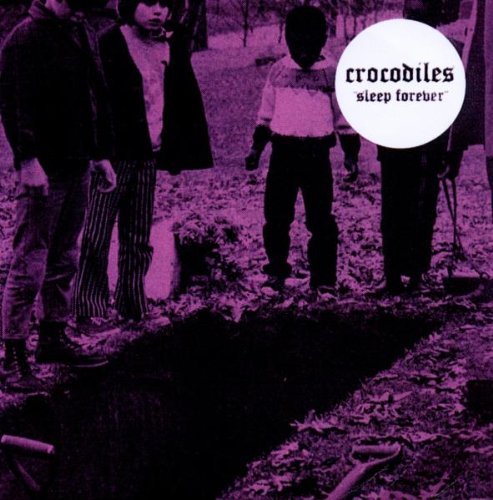 Sleep Forever won’t actually put you to sleep, but it won’t stir anything else up, either. »

rough trade exclusive with a cracking bonus mix cd of favourites and influences ranging from 60's pop to reggae to krautrock. cracking second crocodiles album on fat possum. debut album 'summer of hate' caught the ear of one james ford - simian mobile disco man and producer of arctic monkeys, klaxons and florence and the machine amongst others. james and the band went into the desert in early 2010 to create 'summer of hate's psychedelic, hypnotic and anthemic follow-up. an album that would later be christened, somewhat fittingly: 'sleep forever'. raw it may be, but 'sleep forever' is still an unmistakably more refined beast than its predecessor. drums and organ whirls envelope you on tracks like 'mirrors' and 'sleep forever', which nod to 'ladies and gentlemen' era spiritualized as much as they do neu! and the velvet underground.
description from www.roughtrade.com