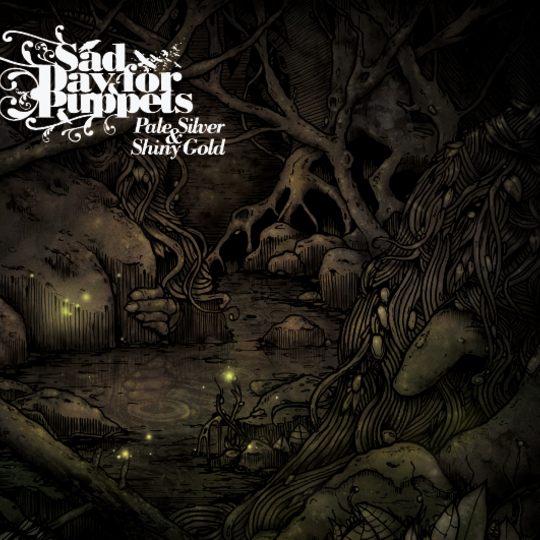 Conceived in the suburbs of Stockholm around the midpoint of the last decade, it's clear Sad Day For Puppets hearts and minds are tuned to a time and place preceding that by several years. While the resurgence of interest in Nineties shoegaze orientated grunge pop has been well documented in recent times, there's no disputing where the main body of inspiration lies both on this record and indeed its predecessor, Unknown Colors. That's not to say Sad Day For Puppets are an unoriginal pastiche of the past; far from it in fact, but there are nagging doubts as to how far they can actually develop.

Whereas last year's Unknown Colors served its purpose by way of an introduction to Sad Day For Puppets' ethereal world - not to mention bursting at the seams with a glut of impeccable tunes - Pale Silver & Shiny Gold seems to suffer at times from something of an identity crisis.

Take opener 'Sorrow' for example, a lovelorn ballad in the style of Howling Bells or The Raveonettes. Where 'Marble Gods' kick-started the first SDFP record, 'Sorrow' advocates a cautious slumber, despite the delectability of Anna Eklund's childlike coo.

There's no disputing the fact Sad Day For Puppets are at their best when they're angry, and 'Such A Waste' and 'Anne Says Pt. II' both display a penchant for loud, fuzzy guitars and hearty stadium-sized choruses. 'Shadows' too suggests the five-piece spent their teenage years building up an impressive record collection, its floating melody ending up somewhere in the chasm between Everything's Alright Forever-era Boo Radleys and long forgotten New Yorkers Madder Rose.

At times, Pale Silver & Shiny Gold takes an unexpected twist, not least on the acoustic country of 'Beads', which sees Eklund doing her best Sarabeth Tucek/Miranda Lee Richards impersonation and pulling it off with dramatic aplomb. The penultimate 'First Time' continues the album's downbeat spiral into despair, its self-effacing reflective aura leading succinctly into the melancholy 'Tingle In My Hand', at five-and-a-half minutes long Pale Silver & Shiny Gold's epic standpoint.

Sad Day For Puppets have constructed a credible, if slightly unmemorable record. A little more variation on the recurring influences omnipresent throughout their entire repertoire wouldn't go amiss in future.