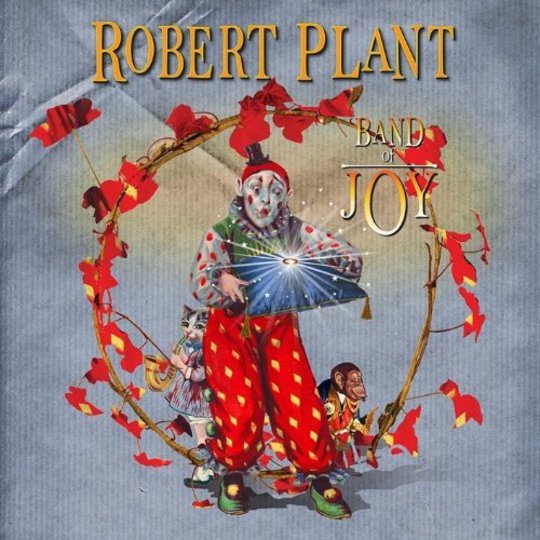 Integrity is a great thing, if you can afford it. Robert Plant is certainly in a position to pick and choose his musical projects without having to worry about the effect that it might have on his bank balance, which is why the fuss over his decision to ignore the Led Zeppelin reunion in favour of following his own path was so ridiculous. Sure, the stadium-slaying behemoth that is the Zep would have brought unimaginable financial benefits, but the gloss would eventually have chipped away, and the impeachable reputation of his golden days would have been damaged. Instead, Plant continues to explore more interesting avenues, headlining Green Man rather than Glastonbury, weaving his way through various genres and band line-ups.

The massive success of Raising Sand, his last album produced in collaboration with T-Bone Burnett and Alison Krauss, obviously helps to vindicate Plant’s movements. It’s hard to not see Band Of Joy, his latest record, as some sort of sequel, despite the difference in mood and personnel.

Indeed, Plant had attempted a straight follow up, but scrapped the sessions with Krauss after feeling the mood wasn’t quite right. The urge to move on from this is what led Plant to Nashville, guitarist Buddy Miller and Band Of Joy, the name of his first ever band resurrected for this 2010 project.

This record feels like a sequel because of the basic setup it follows. A collection of expertly chosen covers given a makeover, it also shares the hushed, layered feel of Raising Sand. Instead of Zeppelin’s famous bombast, there’s a delicate, well-crafted feel, with Plant’s more restrained vocals partnered here by alt.country songstress Patty Griffin. This does mean that Plant is thrust more into the spotlight, but he’s never been one to falter when faced with attention, and his voice is the centrepiece of this record.

Around it, the collection of covers is expertly assembled. Sometimes when an old rock croaker releases an album of ‘reinterpretations’, it’s time to run for the hills as they ruin a set of blues classics from the comfort of their brand-new studio. That’s not a worry with Plant though. Instead, you find yourself intrigued by the fact that he’s covered two Low songs (‘Monkey’ and ‘Silver Rider’) and excited to hear them respectfully given a good airing. You find yourself wanting to discover who originally wrote the shuffling, sensual ‘Angel Dance’ or the doo-wop country ballad ‘Falling In Love Again’ (SPOILER ALERT! It’s Los Lobos and The Kelly Brothers). You admire the fact that Plant can do a version of ‘Satan, Your Kingdom Must Come Down’ that is as stark and austere as other classic takes, and that doesn’t descend into bombast.

It must be said that, on occasion, Band Of Joy does settle into an easy-going rhythm a little too easily. It’s a little too tasteful, a bit too well chosen, if it’s at all possible. You might say that it’s Raising Sand, with the guitars turned up a little bit, and a sprinkle of Zeppelin’s old Eastern promise, but not loud enough to wake the neighbours. It’ll go down a storm on Later…with Jools.
That’s harsh criticism though, considering the quality that the majority of this record holds; this is the kind of record a man in Plant’s position should be bringing out. He’s obviously enjoying himself, without indulging himself, and should be hailed for doing so. Indeed, Robert Plant should probably be held up as example of how to grow old gracefully – something you’d never have thought would apply to this particular wild-haired Brummie.