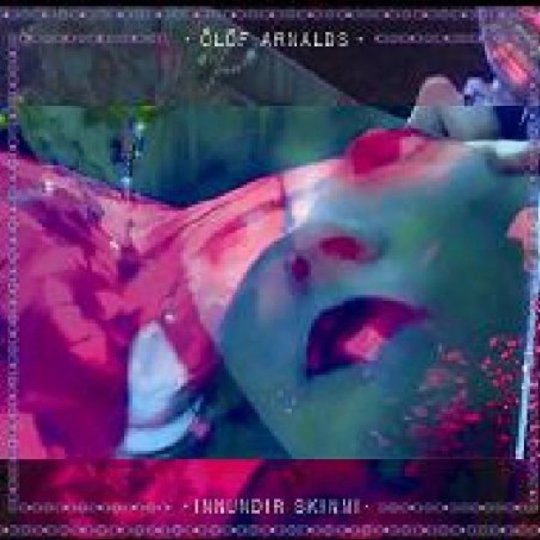 Icelandic artists are prone to being stereotyped as a bunch of otherworldly fantasists, all glacial wonder and fairy tale charm. Ólöf Arnalds risks being guilty by association alone; Innundir Skinni (Under the Skin) is produced by Sigur Rós multi-instrumentalist Kjartan Sveinsson and features contributions from various Icelandic alternative luminaries, including the first lady of Icelandic pop herself, Björk. She’s also a sometime member of DiS faves Múm and her name is impossibly similar to that of another DiS favourite, (the male) Ólafur Arnalds… at least that’s my excuse for having previously confused the two.

Despite the wealth of talented associates, Arnalds is very much her own artist and Innundir Skinni is for the most part a spare acoustic-based folk record, equal parts bare intimacy and serene mysticism. Yet album opener ‘Vinur Minn’(sung, like the majority of the album, in Icelandic) is quite the red herring. Starting with the sound of Arnalds' voice alone, it doesn’t conjure up fairytale imagery at all, in fact quite the opposite; in isolation the overall singy-ness, guttural vowels and rolled Rs of her voice have an earthy quality that, without wishing to refute the idea that the Icelandic language possesses unique qualities, doesn’t sound dissimilar to the Gaelic languages of Ireland and Scotland. Indeed, the beginning of ‘Vinur Minn’ sounds like an excerpt from the Icelandic field songs library that legendary folk collector Alan Lomax never made, but then Arnalds changes to the international language of “La-la-la”s ushering in the effusively warm backing of guitar, drums, backing harmonies, brass and sweeping strings which are more evocative of the Mexican plains than glacial Iceland.

Innundir Skinni benefits greatly from its backing instrumentation, which sees the melodies picked out by Arnalds on guitar and charango (a South American lute-like instrument) fleshed out with woodwinds, piano and subtle string arrangements. ‘Svif Birki’ would be pretty stirring stripped back to its urgent acoustic fingerpicking and hiccup-like shift in the vocal melody, but the transition from sombre to transcendental is rendered all the more effectively for the lurking depths of the string section preceding the choral majesty of the vocal harmonies.

For non-Icelandic speakers (presumably the majority of those reading this) the expressiveness of Arnalds' voice and musical backing is paramount to the enjoyment of this record. Aside from its title I have no clue what ‘Madrid’ is about, but the sense of foreboding is pretty tangible in the disharmonious violins which swoop intermittently upon the consistent downward plod of the guitar and bass, while Arnalds puts in her most anguished sounding vocal performance, yet it is a restrained performance nonetheless. The fact that the vocals are left untreated throughout the record allows the singer to maintain the sense of intimacy throughout and enables greater expression as it captures every quiver and cadence in her voice. Credit is due to Kjartan Sveinsson’s production for that.

Arnalds doesn’t lose any of her vocal prowess on the album’s three English language songs, but they do raise doubts as to her lyrical talents. It’s undoubtedly a little harsh to expect poetry of somebody writing in a language other than their native tongue, never mind making it scan well in song form, but I can’t help but find clunky lines like “Climbing the cemetery walls/water in the sea/fire is fire that is all/don’t go in the crazy car” (’Crazy Car’) a little irritating. The fact that they are sung in harmony with Ragnar Kjartansson to the record’s least captivating musical arrangement only serves to draw greater attention to them. Singing in English on her own, ‘Jonathan’ has none of those problems, boasting the record’s most infectiously joyous tune in its folky lilt which is bolstered by brushed drums. Along with the Icelandic sung title-track, ‘Jonathan’ recalls both the wide-eyed innocence of Vashti Bunyan and the vocal peculiarities of Joanna Newsom; both tracks are guaranteed to melt all but the stoniest of hearts.

The English sung penultimate track, ’Surrender’ is the song that is most likely to spike the interest of newcomers. Björk contributes her inimitable wail as backing to Arnalds’ gentle assurances “I carry you, I nurture you, I give birth to you” and the results are heartbreakingly beautiful and if Björk‘s presence ignites interest in Arnalds, then all the better. At just over half an hour long Innundir Skinni is a modest little record compared to the self-indulgence of Joanna Newsom’s latest or grandiose ambitions of countrymen like Sigur Rós, but its charms are plentiful and in her own humble, but distinct, way Ólöf Arnalds confounds expectations.