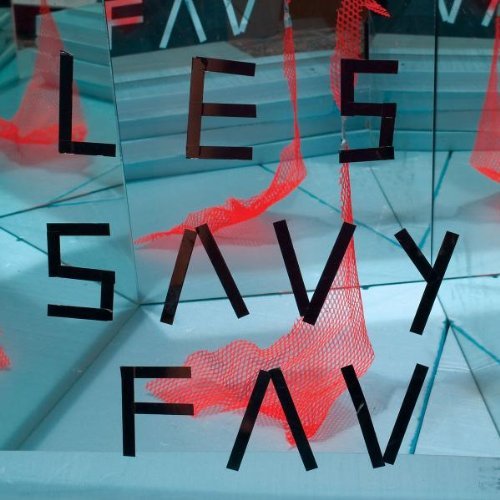 with their new release, 'root for ruin', les savy fav seems poised for the kind of widespread acclaim many have felt they have long deserved. 'root for ruin' sifts through 15 years of musical experience to arrive at a diamond-edged sound that's as upfront and direct as the quintet's legendary live shows. that goes for everything from the gut-punching percussion and drunken punk subtleties of 'clear spirits' to the moonlit melodies and restless, groove of 'sleepless in silverlake'. 'poltergeist', cut in one take at the band's rehearsal space, features a downward spiral vibe that's both delirious and delightful. root for ruin keeps you on your toes through 11 tracks.
the tightness of the band is undeniable on 'root for ruin'. for some it will signal a return to the rawer energy evidenced on their early recordings. it's clear by the tracks on the album that the guys are enjoying their own legacy. many songs carry the torch for some of the band's first influences. still, it's not nostalgic. 'root for ruin' is not stylistic pose or aesthetic conceit - it's the real deal.
description from www.roughtrade.com