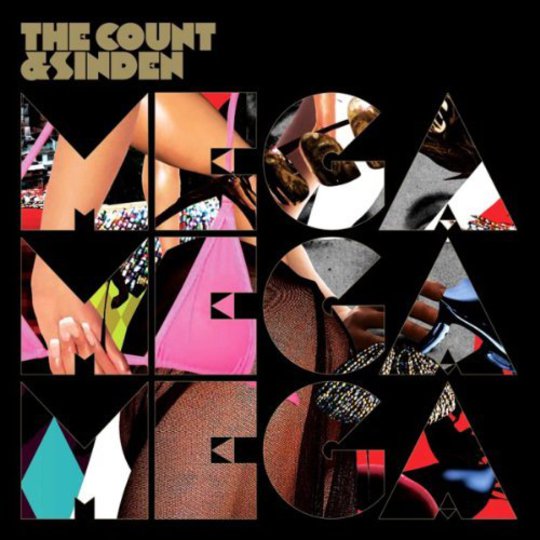 There seems to be an absence of someone at the top of the tree in British dance music these days. That is to say, in terms of mainstream status, rather than some more arguable measure, like creative endeavour. The Chemical Brothers are still there, or thereabouts. They released their seventh (studio) album, Further, a couple of months ago to reasonable acclaim. And yet… And yet they don’t seem to have the kind of elder statesmen love from us that their career really should entitle them to. It’s tempting to blame Lily Allen for sucking the focus away from their music and onto the gossip columns due to her on/off relationship with Ed. Or perhaps the fickle hand of the middle-ground shit-munchers is simply pointing away from dance. Basement Jaxx are still going too, but when was the last time someone told you they were really excited about one of their records?

That both of those acts, and Leftfield, Underworld, or anyone else you may care to lump into this vague bracket I’m scrabbling to create, have sometime ago left the peak of their powers is not quite the problem. Something else is; something more difficult to pin down. Perhaps those with only a passing interest in dance music are becoming intimidated by the dizzying pace of change and mutation of genres. Half-formed labels and styles seem to sub-divide faster than cultures in a Petri-dish these days.

So if someone could make a contemporary dance record which nails the main trends of 2010, and slathers them in a chart-friendly sheen, would we take them to our hearts like the dance heroes of old? Enter The Count & Sinden with their debut record Mega Mega Mega. It’s not being released on a major, but at least in Domino they have one of the indies behind them who are capable of doing shit right. So how does it shape up?

Well, opener ‘Do You Really Want It?’ has a decent, if lyrically unremarkable, verse from Trackademics which rides a wicked, low distorted bassline, but he is shown up a little bit by Bashy later on in the album. ‘After Dark’ looks like the tack from Mega… which has big single potential. It’s a funky house number with tropical percussion at the fringes. Mystery Jets (who are apparently C&S’s neighbours, fact fans) bring a vocal as divisive as marmite, which makes having a fuckbuddy seem considerably more colourful than the disappointing reality of alleyway shags and brewers droop. For the record though, this review is of the opinion that it’s a grower which definitely has the potential to be bit of a banger in the clubs. ‘Hardcore Girls’ sees lovable little Rye Rye yap and fidget through the kind of Miami bass/crunk crossover which so delights the white boys on the blogs. This is the standout track on the record, and draws heavily on Sinden’s association with MIA; it has Miss Arulpragasm and Switch written all over it, in a good way. ‘Roll Out’ is like the best Major Lazer track Diplo forgot to write; 77 Klash drizzle dancehall rhymes over a marching house beat to pretty nifty effect. ‘Hold Me’ is a dirty slice of UK funky with the kind of bassline that twists your mind and your ass. Katy B’s vocal is like the nicer cousin of Cooly G that you wouldn’t mind taking home to meet your mother. Light, but charming with it, and the dirty beats have more than enough legs to carry it.

Title track (almost) ‘Mega’ is one of the several on the album that flirts with lots of different subgenres of electronic music in the way that much of the UK scene right now seems to. The main part of the track is fine, but the thing that will stick in your mind is how the “Mega, Mega, Mega” break is kind of cheesy and kills the flow of the song a bit. As the album winds into its final stages, Bashy steps up to the plate for ‘Addicted to You’ and is reliably awesome as usual. He dominates this reggae-inflected crunk number with some deft lyricisms: “I’m off, I’m off, I’m mental, Obama I’m presidential” is genius any way you care to spell it. Bonus points too go to C&S for making me think of the Alec Empire song of the same name from a few years back.

Mega Mega Mega is perhaps slightly too safe for anyone to get totally wet over, and it won’t make you rethink your ideas about anything, but it mixes loads of styles so fluently it’s easy to love. An album which aims to be fun rather than boundary-pushing is something often sneered at by the more dedicated audiophiles out there, but this record should serve as a reminder that not everything good is found at the bleeding-edge of possibilities. Oh, and like most things in life, Mega Mega Mega improves DRAMATICALLY if listened to at high volume on a nice system.