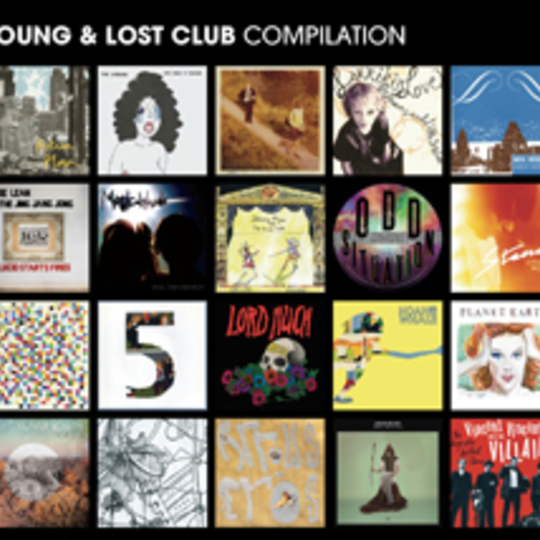 A sad truth about the music industry is that label owners and promoters, no matter how good they are at what they do, don't enjoy anywhere near as much recognition as your average half-way successful band. So, then a well-deserved piece of acknowledgment for Nadia Dahliwal and Sara Jade. As Young and Lost Club these two have been integral backstage players in London's indie scene for the last half-decade. The back story is just a little bit adorable: two 16-year-old boarding school girls falling in love with the Strokes, sneaking out to gigs while doing their best to elude the crafty headmistress (I made that part up but they probably did something along those lines), starting a zine which developed into putting on gigs, running a singles label and ultimately masterminding London's preeminent weekend indie night. Until Push at the Astoria 2 was unceremoniously curtailed by the forces of grim progress (i.e. the venue's demolition), it served as a sort of rallying point for London rock urchins, combining a packed and scuzzy upstairs room, a cavernous downstairs space, and a big enough capacity to allow for the booking of some truly rad bands on a weekly basis. It may be a bit early to get nostalgic for something not yet two years old, but I am, nonetheless.

Push may be gone, but Sara and Nadia continue to put on gigs, and in addition to their promotional duties, these two have been running a well-respected singles label which turns five this month. A fitting time for a compilation, which is what we have here. I'd call it a greatest-hits piece, but at 34 of their 50 releases, there's not too much room to pick and choose. It's more of a label retrospective; one which just happens to include 34 songs which should have and possibly could have been hits.

The first thing one notices about this compilation is how damn poppy everything sounds. Unlike a lot of indie labels who aim for willful obscurity, experimentation or scuzz, the majority of these songs are well-recorded, clear as a bell, and downright pretty. The list of contributors is long but would be recognizable to anyone who's had half an eye on UK indie for the last few years. Joe Lean and the Jing Jang Jong and Vincent Vincent and the Villains contribute songs whilst offering a crash course in how not to name your band, while former buzz acts made good like Cazals and the Virgins pop up with some of their most memorable early tracks. The newer bands are a mixture of current scene-botherers (Bombay Bicycle Club), bright hopes (Othello Woolf), and bands recognisable primarily for the awesomeness of their names (Ou Est le Swimming Pool). There's also a number of bands I've never really heard of on here, and probably more than a few that you haven't, either.

Most of the first half of this compilation hews close to a fairly straightforward template of English rock representative of its era - the earlier tracks are indicative of the tail-end of post-punk revival, so guitars are a tiny bit angular; still, none of this sounds particularly married to a particular scene or a time. If anything it's a document of the same type of thing that's been going on in England for the last 60 years or so - skinny kids rediscovering rock music, making songs that aren't particularly ground breaking but are still really good, and probably getting hotter-than-otherwise girlfriends out of the equation. It's the sound of youth and fun, minus too much empty posturing and ego, and here it sounds blessedly straightforward and refreshing.

The second half of the compilation departs somewhat from the upbeat tones of the first and gets a little bit more complex - Exlovers and Oh Minnows contribute notably more maudlin offerings. Loverman comes through with a slice of neo-grunge (possibly the scrappiest thing on here), while Seimifinalists' 'Odd Situation' (a standout) lands somewhere between a less electronic Hot Chip and Edwyn Collins - expressive, delicate, brooding yet buoyant. The superbly louche, soulful art-rock of Othello Woolf's 'Stand' ends the album alongside 'Blue Skies', one of three contributions from Noah and the Whale.

At 34 tracks this is a remarkably consistent and enjoyable body of work. There's a lot to fall in love with on here and very little to criticise. Nonetheless, if one was in the mood to be particularly crusty, one could state that the songs here hew a bit too closely to the straightforward. Despite the label's indie pedigree, most of this music is enjoyable and uncomplicated enough that one could expect it to succeed on a major; and indeed a lot of these bands went on to develop wider success, Noah and the Whale most notably. But while a lot of this sounds like the type of thing you may have heard before, it's so well done that complaining would be ungrateful. Sometimes you just want to listen to a bunch of nice songs, and for a two-person label to put out this many of them in five years is a pretty remarkable feat.