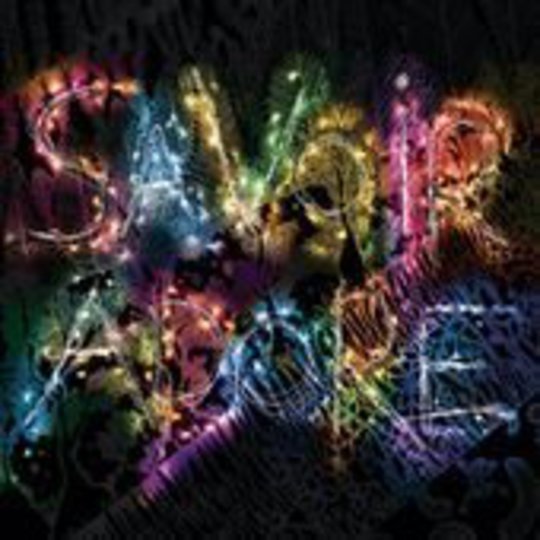 I'll admit (as I'm sure most would) that I am wont to judge people, and especially musicians, by their appearances. I find it hard to tell from a cursory glance at Savoir Adore's press shots whether it is their intention or not, but my first impression is that they are going to be just that little bit too cute or twee, my visual introduction being a photo of Paul Hammer bashfully gnawing on the fur-clad Deidre Muro's stetson. An in-studio video told me that I was going to find their whole schtick a bit cloying. Aw, look at them, matching vests n' all!

So upon first listen to In the Wooded Forest I consider it an immediate victory for them that their music is in fact just playful, inventive and at its best a downright joy. As a band who formed with little more than the intention of seeing what they could come up with over the course of a weekend, it's no surprise that it feels like Savoir Adore are sort of making it up as they go along. When it works (which is just more often than not) it produces adventurous, eclectic pop music, but at its worst the songs are flimsy things, where too many ideas collide in a mess or one idea is stretched too far.

Certainly on the surface In the Wooded Forest has plenty to recommend it; it's a pretty varied affair carried by the duo's not inconsiderable charm and youthful vigour and, most importantly, their knack with a melody. Recent single 'We Talk Like Machines' would be an unremarkable trebly indie-pop number, except for the gorgeous glisten of its chorus with Hammer and Muro harmonising "We talk like machines with moving parts and electric dreams" over an appropriately mechanistic beat. 'Early Bird' is an altogether a more downbeat, scuzzy affair, but is affecting for the prettiness of its plaintive chords and harmonised chorus vocals. Both songs have moments betraying Savoir Adore's eye for the epic, the former with a soaring guitar instrumental and the latter with a chorus of ghostly "oohs" pleasingly redolent of Mew. 'Merp' is the duo at their schizophrenic best; fidgety Vampire Weekend guitar, giddy yelps and tribal toms stumble their way in a sleazy post-punk disco via some more lush harmonies. Early single 'Bodies' is a more focussed jaunt through similar territory, but with the fuzzy disco bass and synths markedly sleazier due to short preceding passage of hushed vocals and gloopy electric piano. 'Sarah's Secret' rounds off an impressive opening with a Muro's keyboard conveying a warm autumnal feel a la Sparklehorse, although the vocals would almost be more at home in a cheerleading team.

The trancey synth stutters and Edge-style guitar of the title-track is the first major misstep on the record, but is one which ushers in a patchy second half. It remains catchy, but interesting ideas are more thinly spread and the most affecting melodies appear in snatches. 'Farewell My Love' repeats the title-track's mistakes, but sounds even more like one of the U2-aping songs which soundtrack fast-motion images of sunrises over bustling cities in mobile network ads. The powerchord grind that shatters the Pavement-style lethargy of 'Transylvanian Candy Patrol' is hamfisted where it means to be cathartic. This trio of songs sees Savoir Adore falter when they grasp for a wider scope. Only 'Take Hollow Lane' succeeds in soaring without pomposity, but along with 'Space Travel' and 'Wonderlake' it is still little more than filler on an album that is a good four songs too long.

Of the quieter tracks 'Honestly' is effortlessly melodic, but in aiming for intimacy veers horribly close to the gag-inducing earnestness of Get Cape.Wear Cape. Fly. ("Nobody told me that I had to grow, I didn't know") and immediately suggests a weakness that repeated listens reveals to pervade the album as a whole. Underneath the bright melodies and kooky eclecticism there just doesn't seem to be much to get your teeth into. While they aren't the irritating twee-sters I had them pegged as, it feels like too much energy went into the record at the expense of thought. The lasting impression they leave is... well nothing really. Yet even while they don't captivate my thoughts, their melodies have lodged themselves somewhere in there. So if you need an indie-pop sugar rush this a pretty good place to go.