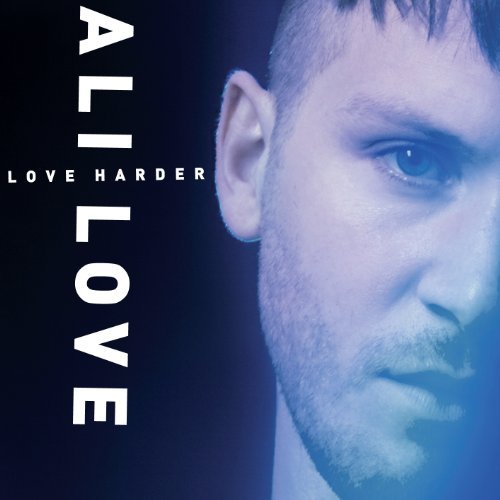 There’s enough here to suggest that four years ago Love merely got off to a false start rather than exhausting all his ideas years ago.»

fans of psychedelic dancefloor romance rejoice: the album of your dreams is here. 'love harder' sounds more like a greatest hits collection than a debut long-player. every track is a potential hit single. recording in london over the last year alongside the cazals's martin dubka, ali love's crafted a set of super-contagious dance-pop songs, ranging from the tom tom club-ish 'done the dirty' (moral of the story: do not cheat on your girlfriend) to the twinkling, anti-anxiety funk of 'the night', all the way to the epic rock-out of 'show me', which sounds like the soundtrack to the classic '80s teen road movie that's only previously been showing in your imagination: a john hughes script scored by van halen at their peak. in between, ali sweetly serenades alien life over giorgio moroder-like synths on 'dark star', invokes donna summer greasing up for a session with boney m on the filthy 'moscow girl', and dials up a line to the human league for the heart-stopping love song, 'talk to tokyo'.
description from www.roughtrade.com