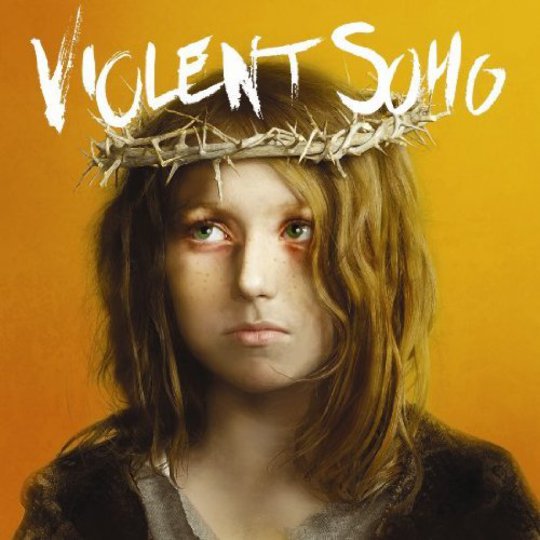 As I think I've noted before, Australian rock bands rock very well. It's something cultural, something about the scale of the country – you've got to be loud to be noticed. Crikey, even Australian birdlife gets in on the act: spend an hour in the bush, you'll be deafened by loud and slightly off-key cockatoos before you know it. Brisbane-based Violent Soho don't let the side down. The fact they count Thurston Moore and Rick Rubin amongst their celebrity fans should suggest that they make quite a racket – as should the fact that Gil Norton has produced their debut. Indeed, Norton's a good choice: the band sound like they could have come straight from the Nineties, combining crunchy riffage with medody in a way reminiscent of fellow Aussies Powderfinger and Silverchair.

The first half of the record displays this grungy exuberance to its fullest: opener 'Here Be Dragons', and the later one-two punch 'Son of Sam' and 'Generation' - which nicely references (to the point of shamelessly ripping off) the Who classic – pack a punch similar to that of the Wildhearts in their prime. Back-end firecrackers 'Love is a Heavy Word' and 'Bombs over Broadway' are also real highlights.

The middle of the album, however, veers off into more downtempo area – which, frankly, isn't where the band's strengths lie. Sure, there are some nice Pixies-esque quietLOUDquiet moments – Norton's influence showing through, perhaps? - but ultimately these are only really saved by vocalist Luke Boerdam's sneering tones. In fact, Boerham's vocals are a real standout: there's echoes of the fury that Cobain used to channel in his voice. In the case of the slower songs especially, his singing raises them above rock-by-numbers balladeering.

Even so, this is ultimately a pretty promising debut – especially if you hanker for the grungy days of the Nineties.