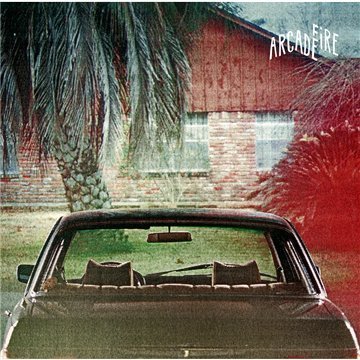 In a nutshell, The Suburbs' two most important achievement are to a) be good and b) not be a rehash of its predecessors.»

the arcade fire release their third full-length studio album, 'the suburbs', on sonovox. the album comes out on cd digipack with 8 different sleeve images, all are selected at random using the same catalogue number. produced by the arcade fire and co-produced by markus dravs, 'the suburbs' was written, arranged and recorded around montreal and new york over the past two years. speaking about the music on the album, will said that there were, "two poles of the album, maybe have a rock'n'roll thing, then more electronics. the album lies between these extremes."
description from www.roughtrade.com