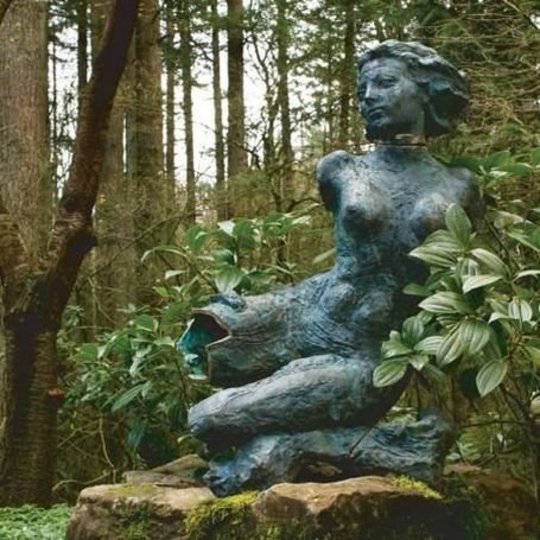 Four albums in, and Menomena are still making music on Deeler – a software programme that band member Brent Knopf wrote and submitted for his college coursework. Now, there’s nothing wrong with sticking to a tried and tested method in itself, because it’s handy to know what you’re working with before you get started on a project. But in the cutthroat world of artrock, don’t bands at this stage in their career need to force themselves out of their comfort zone a little, or risk getting too settled in the same familiar territory they’ve spent the last decade exploring?

Apparently not. Deeler’s done it again.

‘Queen Black Acid’ opens Mines in a much gentler way than ‘Muscle’n Flo’ ushered in Friend And Foe back in 2007. Gone are the clattering drums and glitchy fuzzed-up harmonics, which have been replaced by tranquil chords, strums and lullaby bass patterns. Despite suggestive feedback noises, the track maintains its composure and subtlety, avoiding the predictable, simplistic crescendo that would be expected from a lesser band.

Don’t worry though – the pay off comes at the end of ‘Sleeping Beauty’, some 45 minutes later. Bobbing synths lead the way to a relentless, frustrated acoustic guitar and mega-processed vocals. The drums lose shape, but the watertight bass and intricately layered vocals pull everything back together for a real headphones-cranked-up-to-eleven moment of euphoria.

Before we get to that point however, there’s a lot to see. Setting itself up with a blues-rock groove, ‘TAOS’ is the most accessible track on Mines. But that’s not to say it’s a straightforward foot-stomper. The track stops for breath midway, stripping down to piano and vocals. The guitars, horns and drums build back up reluctantly, and when they finally do it’s with a weird hesitance that suggests the first half of the song shouldn’t be taken at face value.

Menomena seem to make a habit of misleading their listeners. The opening section of ‘Dirty Cartoons’ hangs on a pleasant, but ultimately uninspired acoustic guitar riff, only for the bass to trudge in like it’s wading through mattresses. By then end of the song the band have built up an atmosphere of mournful decadence and touching beauty.

This unpredictability, at times, also takes Menomena down roads that would have been better avoided. On ‘BOTE’, the band seem to be participating in a freaked-out jazz fusion jam. The track lingers on the same saxophone riff, which is repeated incessantly, punctuating a messy conglomeration of instruments that sound clumsy rather than abstract.

But moments like this are the exception. On the whole, Menomena have made an album of exceptional maturity, which itself is a symptom of their talent for avoiding clichés and their ability to prevent listeners from making any assumptions about what their music should be. They blend jazz motifs and gothic synths on ‘Oh Pretty Boy, You’re Such A Big Boy’, and make it seem like a completely natural combination.

With Mines, Menomena have shown that they are a trio of reliably progressive, thoughtful musicians. While this creative freedom means they slip up occasionally, their journey is certainly still one that’s worth joining, for the ride alone.