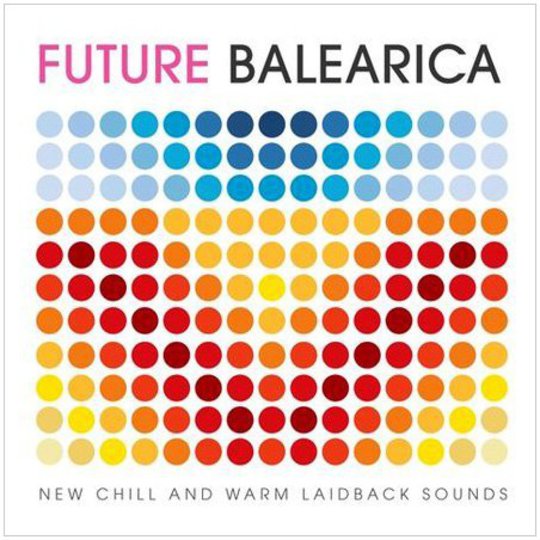 'Balearic' is a musical term that's become utilised recently to describe artists such as those on found in the Swedish labels Sincerely Yours (The Tough Alliance, Air France) and Service (The Embassy, Lake Heartbeat) who blend the grooves and beats of club music with more organic sounds and suffuse it all with a summery warmth evocative of the Mediterranean climes from which the genre takes its name. There is, however, a danger in using 'Balearic' as shorthand to describe original recorded music when its origins are in DJing and the utilisation of other people's music. Sure, for anyone familiar with the form it's an easy way to evoke the mood, tempo, instrumentation and themes of the music, but strictly speaking Balearic Beat (or Balearica) isn't a musical genre at all.

If we go back to the birth of Balearica in Ibiza in 1988 and the clubnights thrown by legendary Argentinian DJ Alfredo Fiorito we can see that Balearica is in fact an approach to club DJing whereby genre restrictions were shown no respect; every electronic dance genre under the sun rubbed shoulders with music as disparate as British indie types The Woodentops, latin jazz and funk, and even Simply Red (hey, nobody said it was all in good taste). As long as it could be made to work on the dancefloor, that is all that mattered. So, the classification of Balearica being, in theory, boundless makes the very idea of making a defining compilation of it totally insurmountable.

Thankfully production duo FETE don't attempt anything quite so pompous as that with Future Balearica. The title should tell you that this is more than just a nostalgia trip. By drawing on the talents of the genre's global progenitors Future Balearica succeeds in encompassing an eclectic range of artists and sounds while also retaining a sense of coherence in blending them seamlessly in to the Balearic mix. Perhaps the reason for their success is that their aim was to tap into the emotional idiosyncrasies a listener has when they ‘feel sunshine', rather create a Balearic equivalent of This Is Dubstep or This Is Hard-House, which all flounder in the attempt to appease the snobbery of strict dance music compartmentalisation. For readers of this site much of the intrigue surely surrounds the inclusion of The XX and Animal Collective. The XX may specialise in intimacy on record, but not quite the sort of warmth you'd associate with Balearica. Credit is therefore due for how perfectly 'VCR' is subsumed within the mix, slowing encroaching upon the opening track; Brits Coyote (whose remix credits include Swedish types Taken By Trees and IKONS) open the compilation with the typically tropical percussion and iridescent synth washes of 'Electric Sunset', the xylophone and guitar riffs of 'VCR' weaving their way into the blend stealthily before a short pause and The XX take centre stage, their usual spaciousness fill with fuzzy shakers and the echo-laden vocals assuming a somnambulistic slur. Animal Collective's 'Loch Raven' remains faithful to the original Feels version and serves as an ideal lullaby of a closer with every element of the song, from the bell-like chimes to the glistening synth auras and breathy vocals, drifting in an undulatory motion.

In between all that the hi-tempo metallic chimes of Project Sandro's 'Blazer' is pure ear candy which segues nicely into the shimmering guitar and almost baggy beats of 'The Islands' by mix curators FETE. Another standout track is the loungey tropicalia of DJ Kaos' 'Love the Night Away (Tiedye Remix)', its employment of more organic instrumentation from piano, to squalling guitar solos and even looping psych-pop woodwinds further evidence of what a broad church Balearica is. If there is one unifying aspect of the sound throughout the mix then it is the organic feel of the busy tropical percussion employed throughout, which is essential in not letting the tempo drop too low. On the straight forward acoustic chill of tracks by Snow Patrol cohort Iain Archer and Aussie songwriter Lady of the Sunshine the absence of a beat sort of kills the momentum of the mix and exposes these tracks as rather dull sub-David Gray material. Folk textures are more successfully dabbled with on 'Questions (Hatchback Dub)' by London's Dark Captain Light Captain which sound like Tunng's 'folktronica' retuned for some proper dancefloor action.

Ultimately Future Balearica succeeds in working as a good mixtape as opposed to the state-of-the-scene address that word 'future' in the title might hint at. It is eclectic without being scattershot and while some inclusions hint at it being a genre that know no bounds Future Balearica manages to incorporate them in cohesive a manner that a simultaneously surprises the listeners whilst retaining the warm blissful vibes that the very word 'Balearic' evokes.