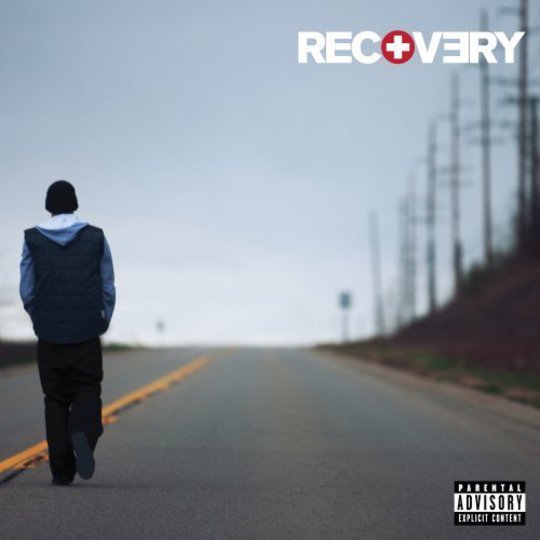 Eminem's career over the last several years is a textbook case of the perils of early sucess. He one of the all time canonical rap albums (the Marshall Mathers LP, easily in the top 20 of the genre), starred in this generation's answer to Saturday Night Fever, and been voted 'best rapper alive' by Vibe (essentially the rap Pulitzer). As a career highlights reel, this is not half bad, and I don't think it's a stretch to say that for most people, a list of accomplishments like this would provide a free pass to retire to San Tropez, play golf all day, eat tons of foie gras and lapse into a comfortable state of perpetual self-satisfaction.

Our old friend Marshall, however, is not most people. Both artistically and personally, Eminem has been unable to escape his past for the last decade. Encore and Relapse, his two most recent albums, were particularly grating for fans of his early work. Rather than building on his previous triumphs, these albums descended into shoddy self-parody, with Eminem flogging his familiar template of shock value and sophmoric humour to increasingly diminishing returns.

Not only that, it was clear that the overly familiar personal issues at the centre of his early work (his fucked up mom, his fucked up wife, his fucked up daughter and how fucked up it had made him) were becoming intractable; despite airing them out in dozens of songs, he didn't appear to be moving past them. Booze, pills, domestic assault, the death of his best friend in disturbing circumstances, creative failure, self-parody, pastiche and despair; this is not a career arc you'd wish on anyone.

Recovery, then, is Eminem's attempt to halt this slide. This is the sound of the man getting off the pills, trying to handle his personal shit, atoning for past misdeeds, and attempting to recapture his crown. For a fan, it's heartening to hear him drawing attention to his past failures and attempting to correct these wrongs. And in this sense it's a remarkable work. While a lot of once-great artists put out horrible albums, very few of them dedicate their next album to apologising (literally) for their past misdeeds and trying to correct for them. In an occupation as egotistical as the music business, it's not surprising that the apology album is a rare occurrence.

Nonetheless, that's exactly what we have here. This a deeply personal work by a man acknowledging his career has gone in the wrong direction and attempting to get it all back and bring the heat again.

So does it work? Well no; on the surface it's a complete train wreck. First of all, this is a remarkably self-indulgent record; 17 tracks, each of which is crammed with an almost indecipherable amount of content. Recovery is bursting with hyper-complicated, bafflingly technical, difficult-to-digest lyricism. From a technical standpoint the rhymes are incredible; the 17 year old rap nerd in me is slack-jawed in awe. Nonetheless, technical skill is not the only ingredient to good rap music, and in a decade of increasingly simple lyricism it may actually come across as rather anachronistic. The beats are plodding 4/4 numbers with very little character or bounce; as a result, very few songs stand alone as engaging pieces of music, particularly distressing for a man who used to have a deft way with a single. The album is splattered with embarrassing hooks, an Ozzy Osborne guest appearance, rap-rock beats, and 'What is Love' samples.

So, essentially we're dealing with a total piece of crap here. Well, yeah; except for the fact that, for just a few tracks ("Talkin to Myself", "Going Through Changes", "Not Afraid", "25 to life") it appears that Eminem may actually be making music up there with the best moments of his career. These songs are remarkable for their lack of pretense; rather than resorting to hyperbole to obscure the true extent of his issues or falling back on simple shock tactics, he simply discusses the stuff he's been going through for the last few years. Touching on his frustration at his creative slump ('Talking to Myself'), sharing insight into his battles with depression on ('Going Through Changes'), begging atonement and vowing to recapture his crown ('Not Afraid'), these tracks actually do present a new direction in Eminem's work.

This sort of Updike-esque honesty and lack of adornment, for a guy this deeply fucked-up, is actually pretty engaging. It's these moments, where Emimen drops the shock tactics and lets down his guard, that the album works the best, and where you get the sense that despite the dramatic lows his career has hit, he may actually be developing creatively.

So, then, Recovery is not the album you hoped for if you're looking for an Eminem return to form. The songs where he attempts to reiterate his past glories are arguably the biggest failures of all. The album is a sprawling, confusing, self-indulgent mess. Nonetheless, there are real glimmers of brilliance here, and a sense that if Marshall Mathers is able to sort out some of his personal shit and be a little more honest he may still have some great music in him. As a recovery it's a shaky first step, but it's progress nonetheless.