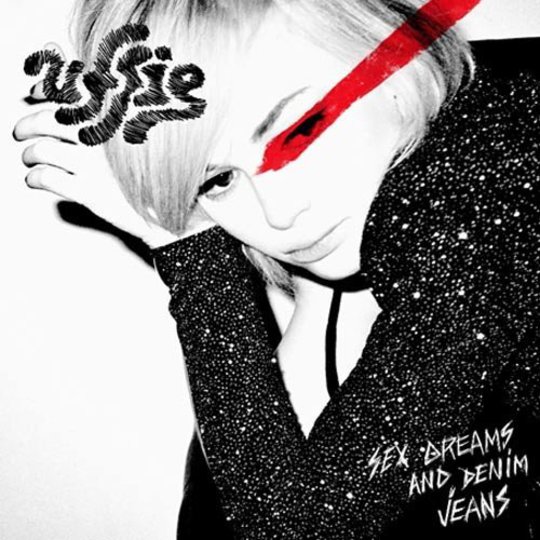 When the history books are written about the years 2006 through to 2010, there’s one burning issue that will have to be addressed, the one thing that’s been on everyone’s mind for the last four years. Not the election of America’s first black President. Not the recession. No, it’s something much more important than that. It’s the one question that’s been on everyone’s lips, that’s been at the back of everyone’s mind – where’s Uffie? What’s she been up to? What’s she doing? These are the questions that have plagued mankind for the last four years. It’s been weighing on the collective conscience of every man, woman and child. Now, with the release of her long awaited debut album, we can finally address these questions. Within the opening bars of the open track, one thing is abundantly clear – she definitely hasn’t been working on her music.

‘Pop The Glock’ was the first single Uffie released, way back in 2006. It also happens to be the first song on Sex Dreams And Denim Jeans. This can be read one of two ways. It could be a deliberate move by Uffie, in order to use the album as a way of documenting her progress from the messy posh club kid stylings of ‘Pop The Glock’ to the more refined musician that she is today, as if the album is a biography of her musical life. On the other hand, it could simply be that in the four years she’s been away from music she just hasn’t written anything as 'good' as ‘Pop The Glock’. Assuming we go with the more favourable first option, and we assume that Sex Dreams And Denim Jeans is all about Uffie’s musical progress, we’re faced with a further problem. There’s very little progress here.

Let’s go back to ‘Pop The Glock’. It lays out a blueprint for the Uffie sound – a fairly indistinct beat, a copious amount of autotune and Uffie’s trademark rapping. It’s at this point we should address a major problem with Uffie. She cannot rap. At all. In fact, if I may be so bold, I would go as far as to say that her flow is wack. It’s as if someone explained to her the idea of rap, and she then tried to emulate it, without having heard it done. Her complete lack of style, timing, or lyrical prowess pitches her somewhere below Fred Durst but just above the spiky haired one from 5ive. Her major diss song, ‘MCs can Kiss’ features a whole host of clumsy rhymes and missed cues. ‘ADD SUV’ sees Uffie deliver a scathing critique of rapper’s obsessions with their cars and their possessions. Or at least that’s what the press material says. With all the autotune on her voice, it’s entirely possible that’s she reciting a recipe for coq au vin. If this is the point, that her inability to deliver a decent rhyme is what she perceives to be her major selling point, then this too is weak. Claiming that you’re doing something poorly on purpose is a copout. Let me put it this way - if you have a problem with any aspect of this review, don’t bother complaining. Like Uffie’s 'anti-flow' this is an anti-review. It’s supposed to be bad. Therefore you cannot raise an objection. See? Complete copout.

Uffie likes to make out that she doesn’t care what people say about her, that’s she somehow above everyone, that everything she does is with a knowing look, a wry smile, that she keeps everything at a distant. It’s a very Parisian attitude, a kind of ironic knowingness. The only problem is that Uffie isn’t French. She’s American. And when she goes out of her way to mention how little she cares about her MySpace and how many plays she has had on two different songs, it seems that she’s not so immune to criticism after all. The fact that she references MySpace suggests how much she’s missed the boat. She may as well have mentioned her Friendster profile. She seems completely out of date. The press material for this album tries to present the release of Sex Dreams And Denim Jeans like it’s some big event, that people have been crying out for the first Uffie record, that people has been waiting to finally hear a full length from the person who tries to rhyme “ass” with “show business”. Really there’s about as much demand for this as there is for the new Turin Brakes album. The press material also gets the album title wrong. Twice. So it’s best not to put too much faith in what they say.

Of course, no one has really been waiting for this record. It hardly ranks as one of the most anticipated albums of all time. Sex Dreams and Denim Jeans really should have been released a couple of years ago when Uffie was at the height of her fame. She should have struck while the iron was hot. She’s missed the boat completely now. Ke$ha seems to have replaced her as posh drunk girl that can’t rap, and whilst Uffie was no doubt the first one to set her lackluster rhymes to a lazy beat, it’s hardly worth arguing for originality. It’s akin to claiming that you were the first person to ingest your own vomit – just because you were the first person to do it, doesn’t make you any better then the copyists. Now, I don’t know about you, but I’d rather not have to endure seeing someone eat their own sick.

What We Lose in the Fire We Gain in the Flood