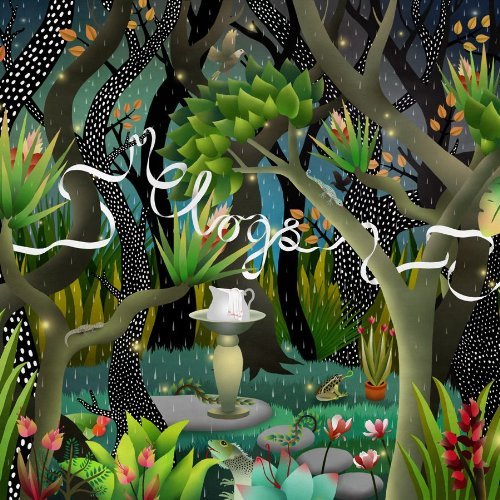 Clogs - The Creatures in the Garden of Lady Walton

With its ambiguous musical beginnings, this album places itself in the thick of the vegetation, but with clever instrumentation, the sounds spark images of stunning green scenes – some safe, some scary, some seemingly from another world. »

'the creatures in the garden of lady walton' is clogs' highly anticipated fifth album. it's a song-cycle composed by padma newsome for clogs with extensive vocal work from shara worden of my brightest diamond. other guests include sufjan stevens, aaron dessner and matt berninger of the national, and the osso string quartet. following clogs' critically-acclaimed 'lantern' (2006), 'the creatures in the garden of lady walton' is their first album of songs after four primarily instrumental releases. the work was composed by member padma newsome during a 2005 residency at giardini la mortella sponsored by the fromm foundation. the garden is a rich botanical paradise created by lady walton (the widow of the late british composer sir william walton) on the island of ischia in italy's bay of naples. the album was recorded in stages in brooklyn and sydney during 2007-08 with another year and a half for mixing and finishing. it embodies some of the fortunate vagaries of creating music with four people in three cities on two continents, not to mention the cadre of additional musicians who brought their own presence of character to the project. clogs are four musicians from the united states and australia whose work traverses time and place and through which seemingly disparate influences are seamlessly drawn in. they compose and improvise using sounds and textures from across the musical spectrum - the immediacy of folk and rock music, twisted americana, the complexity of modern composition.
description from www.roughtrade.com